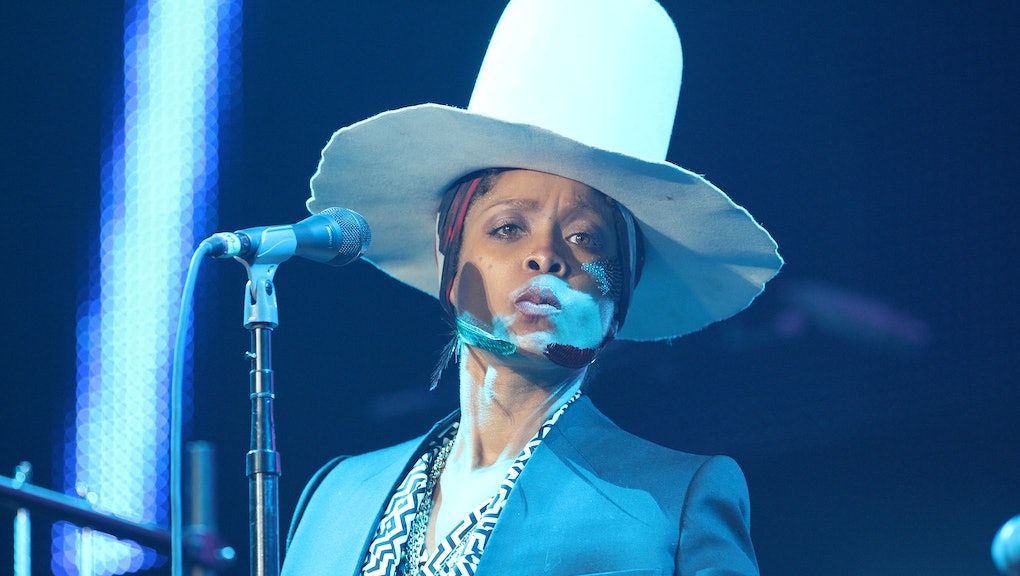 That's how much Erykah Badu, one of the most renowned singers of our time, made when she tried her hand at busking (street performance) in New York.

"I don't want to get a real job, I only want your money!" she sings in a video recorded Oct. 10, holding out her distinctive 10-gallon cowboy hat. A few passersby drop her some coins, but most just ignore her or veer away from her strange crooning.

Burn. Badu's singing is certainly strange (she mostly sings "Give me some money"), but there's a bigger problem here. If one of R&B's greatest can only pull in $3.60, how much hope does that leave for the struggling New York musicians who may actually rely on that money to get them from check to check?

Badu's video highlights the stigma street musicians face in urban areas across the country, especially in New York, one of the most popular cities for buskers.

"Many people erroneously think that buskers are homeless, or that buskers perform in the subway because they are not good enough to get gigs anywhere else," writes Natalia "Saw Lady" Paruz, a bow saw player and regular New York busker, on her blog. "I know many, many of the buskers in New York City and none of them is homeless (one actually was homeless, but he isn't any more). And all buskers also have 'regular' gigs on the so-called 'legitimate' stage."

It might seem weird to some that buskers like playing in the streets, but it's the truth. Some musicians have valuable music to share and simply love the opportunity to share their music with people who wouldn't otherwise seek it out. But they're almost always dismissed — regardless of skill. In a famous experiment written up in the Washington Post back in 2007, Joshua Bell, a world famous violinist, played on a subway platform for 43 minutes and failed to catch almost anyone's attention.

So next time a street musician catches your ear, stop and listen for a minute. Don't assume whoever is playing is homeless, desperate, crazy or untalented. They might be our next musical legend, and we'll only discover that if we really listen.