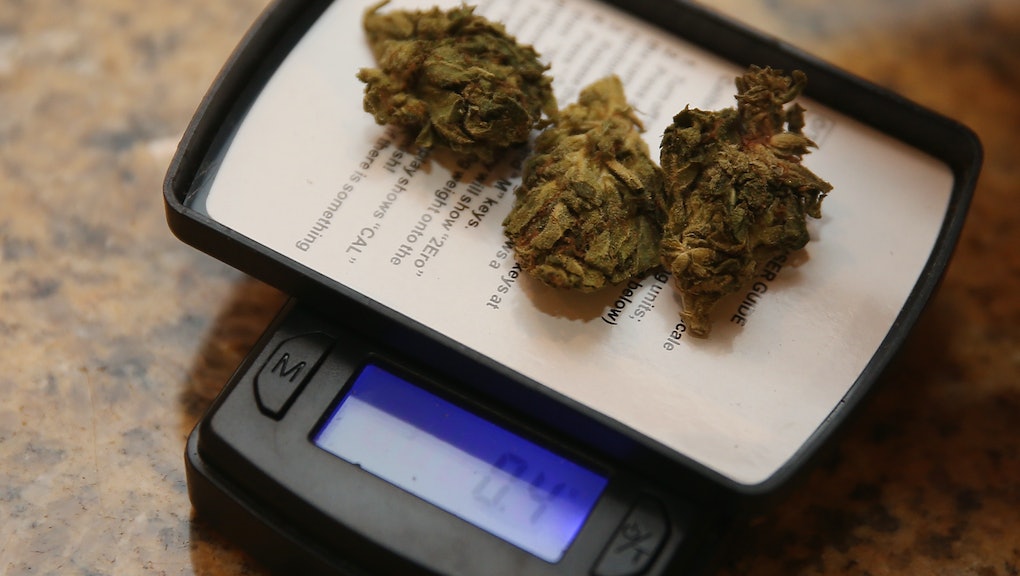 Oregon Could Be the Next State to Legalize Marijuana, Thanks to One Key Group

A new poll out of Oregon shows that 52% of likely voters will probably vote in favor of a measure that would legalize growing, selling and possessing marijuana.

The opposition clocked in at 41%, but 11% of respondents — 6% of those in favor, 5% of the opposed — said they could still change their minds before punching their ballots.

Oregon Public Broadcasting, which co-sponsored the survey with Portland's Fox 12, spoke to DHM Research pollster John Horvick, who said that passage will come down to young voters turning up on Election Day.

"For example, 18- to 34-year-olds, 70% plan to vote for Measure 91 for legalization," he told OPB. "Sixty-eight percent of independents plan to. Now those are all groups who are the least likely to show up come Election Day. So if the marijuana campaign is able to get those voters out, it looks like it could pass, it'll be close, a squeaker."

Oregon and Alaska, which is returning some uneven polling data, are the only two states with full legalization on the ballot Nov. 4. Washington, D.C., will likely vote to approve a measure that would legalize growing, holding, and gifting weed, but not commercial sales. Florida and Guam will vote on medical marijuana bills.

For Oregon, though, the math looks pretty simple. High turnout means high times ahead in the Beaver State.