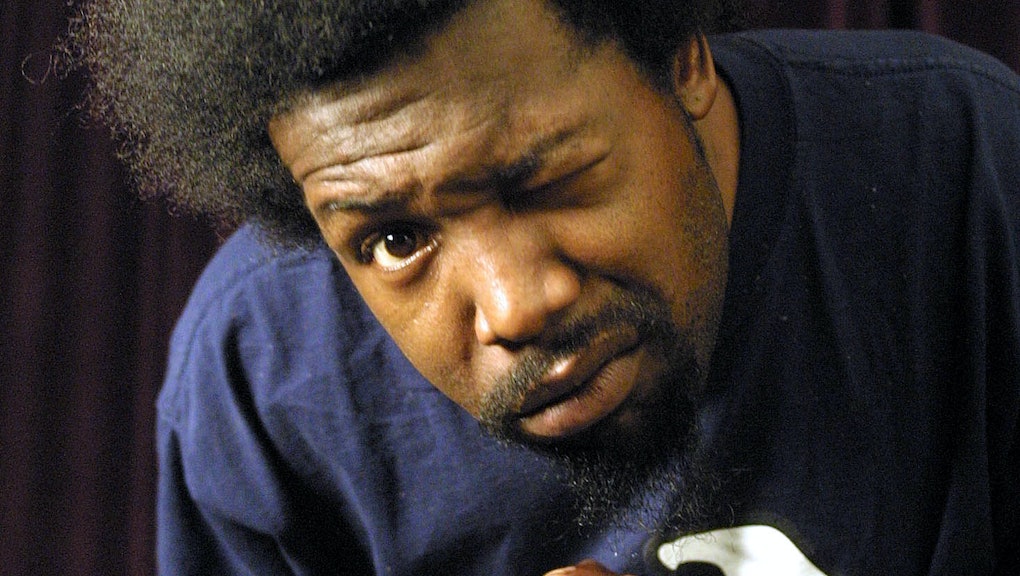 Afroman Is Back, and He's Here to Tell You Why Weed Should Be Legal

The year is 2000. Legal marijuana is a distant pipe dream, and Afroman's cautionary hit "Because I Got High" is clogging airwaves nationwide. Its amiable absurdity feels like something you'll never have to relive. But you're wrong: Afroman is back with a remake, and this time he's extolling the positive effects of legal weed.

According to Rolling Stone, the 40-year-old Palmdale, California, native is partnering with the National Organization for the Reform of Marijuana Laws (NORML) and Weedmaps to launch a campaign supporting various pro-legalization initiatives: Alaska, Oregon and Washington, D.C., are voting on full legalization in November, while Florida is voting on medical marijuana.

Of course, Afroman had to change his original lyrics to fortify his case ("I messed up my whole life because I got high" is unlikely to garner much political support).

Here's what he came up with instead:

What was once interpreted as a cautionary tale about marijuana overuse — Vice reports that a Massachusetts teenager arrested for weed possession in 2001 was sentenced by a judge to "listen" to the song and "write a report on the consequences of getting high" — is now a celebration of cannabis' medical and tax benefits. In the new song, Afroman eschews the old narrative about laziness and lack of motivation to detail how he overcame his glaucoma and helped states build "two new schools" because he "got high."

This re-imagining is rooted in some remarkable recent developments. In the first four months of legal marijuana sales in Colorado, for instance, the resulting tax revenue exceeded $10 million, much of which is being directed toward public schools, police, infrastructure and youth education campaigns around substance abuse. Total sales hit $34.1 million in August alone, with tax revenue expected to reach $134 million over the next fiscal year. Meanwhile, crime rates in big cities like Denver have fallen dramatically, an encouraging rebuttal of politicians' claims that the move to legalize was "reckless."

Afroman's new role as a "brand ambassador" suits him. He's been incredibly prolific over the past decade — according to Vice, he has 17 unreleased albums stockpiled so that he'll "never run out" — but aside from the original "Because I Got High," he has yet to score another megahit.

But his partnership with NORML and Weedmaps presents an opportunity to appeal to a new generation of listeners, this time toward a more educational end. "I know what marijuana does for me personally, but I really wanted to know what scientists and people have discovered about it," Afroman told Vice. "It's informative. It's educational. I learned a lot myself, and I think people need to learn about it. So let's ponder. Let's think."