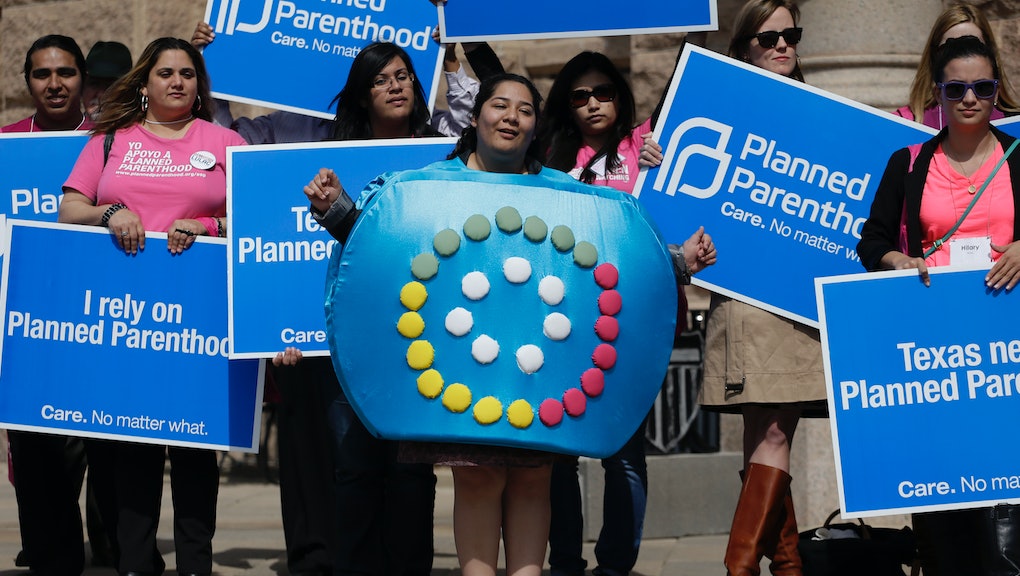 There are plenty of moral reasons to support government-subsidized birth control. Now there's a pretty striking financial one too.

A new study from the Guttmacher Institute looked at the impact of government family planning efforts in 2010 and found that the U.S. saved $13.6 billion that year alone thanks to its efforts. To put that in perspective, the report says, the government saves more than $7 for ever dollar it spends on birth control.

How it works: Low-income women are the most common beneficiaries of government-subsidized birth control. Spending money on preventing unwanted pregnancies, as ThinkProgress explains, saves money in the long run by ensuring taxpayers don't have to foot some of the bill for abortions, miscarriages and other medical procedures, as well as maternity and infant care.

"Millions of women have long looked to publicly funded family planning providers for their basic health care," the study's lead author, Jennifer Frost, said in a statement. "This study provides the most comprehensive portrait to date of the value of taxpayers' investment in these services."

For an idea of the scope involved, the government helped prevent 2.2 million pregnancies in 2010, according to the study. Other publicly supported health initiatives include sexually transmitted infection tests, of which there were more than 100,000 that year, and vaccinations.

Funding problems: The report might shed new light on the financial ins and outs of a program that has come under fire recently from the right, either for fiscal or moral concerns.

Sixteen states have cut family planning funding since 2010, according to ThinkProgress, either from outright taking money out of the budget or cutting eligibility for grants or Medicaid. Republicans in the U.S. House of Representatives voted to defund Planned Parenthood in 2011, and more recent budget cuts haven't exactly been kind since.

As this study shows, cutting family planning isn't saving government money in the long run. It may seem like money taken from Planned Parenthood can be put to use elsewhere, but it just leads to more taxpayer dollars going to medical procedures and child care following the increase in unwanted pregnancies.