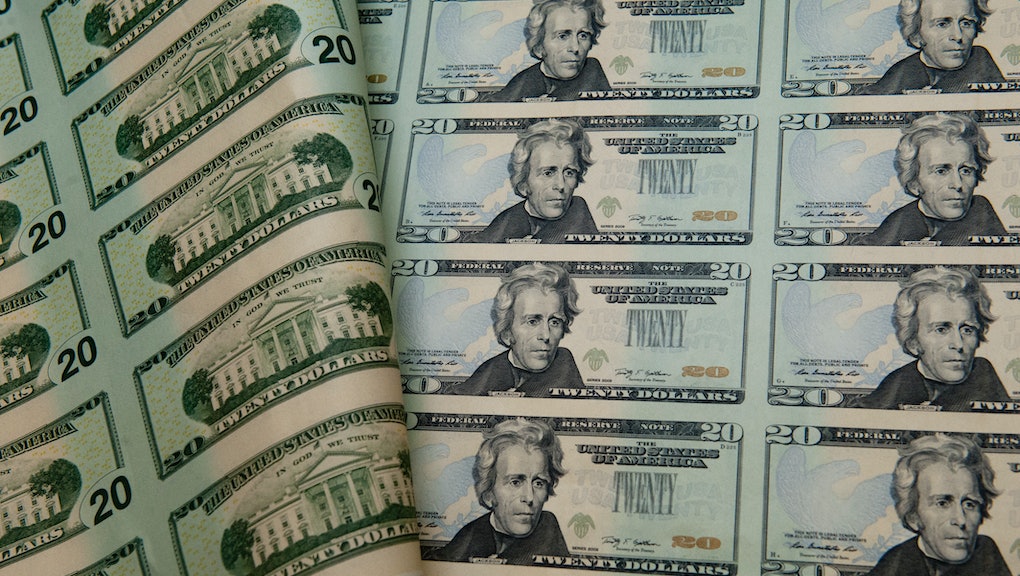 Raising the Minimum Wage Would Have One Unexpected Upside

Increasing the minimum wage would do more than just help the estimated 27 million Americans whose wages would be affected by the adjustment.

Raising the federal minimum wage from $7.25 an hour to $10.10 an hour would also save the U.S. government an estimated $7.6 billion every year, according to a recent analysis by the Economic Policy Institute spotted by the Huffington Post.

How does increasing wages end up saving the government money? The savings would come from moving an estimated 1.7 million workers off public-assistance programs. If the minimum wage were higher, some of those receiving government benefits would no longer need to do so, thereby saving government funds.

The EPI illustrated the historical decline in the real value of the minimum wage, as well as the projected effect of an increase to $10.10 an hour:

But instead of keeping up with increases in worker productivity, "at the current federal minimum wage of $7.25, a parent who works full time, year-round, does not earn enough to be above the federal poverty line," according to the analysis.

These findings result from the Economic Policy Institute's analysis of the Fair Minimum Wage Act of 2013, a bill introduced by Sen. Tom Harkin (D-Iowa) and Rep. George Miller (D-Calif.). The legislation would raise the federal minimum wage in three increments of $0.95 to achieve the rate of $10.10 an hour by 2016. But — surprise, surprise — the bill is stuck in Congress.

Increasing the minimum wage would also boost the economy, the analysis found. Over the course of the minimum phase-in proposed by the bill, the study says "the GDP would grow by about $22 billion, resulting in the creation of roughly 85,000 net new jobs over that period."

The raise seems like a win-win for everyone involved. However, the bill hasn't seen much action in Congress since February. Job creation and a boost to the economy are staples to just about every politician's campaign, so it's puzzling that a bill that seems like it may hold the solution has stalled.

Maybe if less time was spent playing the Ebola blame game and making campaign ads, the government could save itself some money and help everyone else to make a bit more.