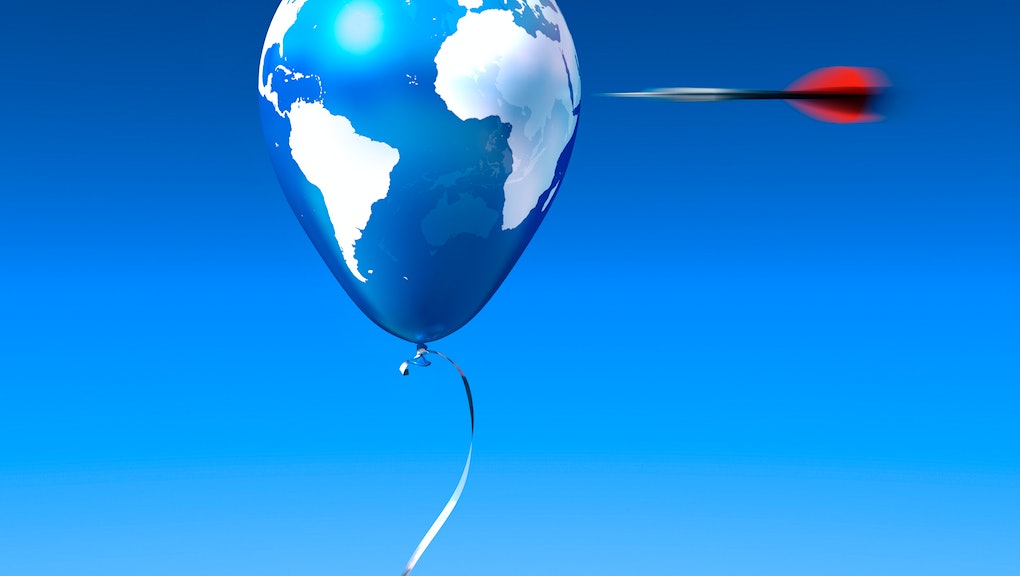 What's "the Greatest Threat to the World?" It Depends Where You Live

Pop quiz: What do you consider to be the biggest menace to global security? Is it religious and ethnic hatred? Nuclear weapons? AIDS and other diseases?

Your answer will likely vary depending on where in the world you live — at least according to Pew Research Center, which conducted a survey of 48,643 respondents in 44 countries to determine which peril posed the most danger to the global community.

The results were striking. In the United States and Europe, income inequality came out on top. In the Middle East, religious and ethnic was considered the biggest threat. While Asia listed pollution and the environment, Latin America cited nuclear weapons, and Africa chose AIDS and other diseases.

Unsurprisingly, the concerns fell largely within geographic and regional boundaries. The United States and Europe are home to some of the largest and most advanced economies in the world, so it's somewhat expected — if ironic — that they're worried about income inequality. Asia is home to 17 out of the 20 most polluted cities in the world, and, as of 2012, sub-Saharan Africa accounted for 70% of the world's AIDS cases.

That's not all. Although 27% of respondents in the United States chose income inequality as the biggest danger, Americans seem to fear many things — religious and ethnic hatred and nuclear weapons were close behind, winning 24% and 23% of the vote respectively. (Neurotics, assemble!)

It's not the only place, either. "In many places there is no clear consensus," reports the survey.

In Japan — still the only population to have experienced a nuclear attack — 49% said that nuclear weapons posed the greatest threat. Russia and Ukraine also count this as their number one fear, though slightly more Ukrainians feel this way. In Nigeria, which is home to the Boko Haram terrorists, 38% reported that religious and ethnic hatred was the biggest issue facing the global community.

Since 2007, fear of religious and ethnic hatred has increased substantially. In America, this is still the main fear for Republicans — 35% believe it poses the greatest threat, whereas only 23% of Independents and 15% of Democrats see it this way.

So while the takeaway of the report — that where you are in the world influences what you fear — may seem obvious, exactly how these differences break down is a little bit clearer now. It's not just Americans after all — we promise!