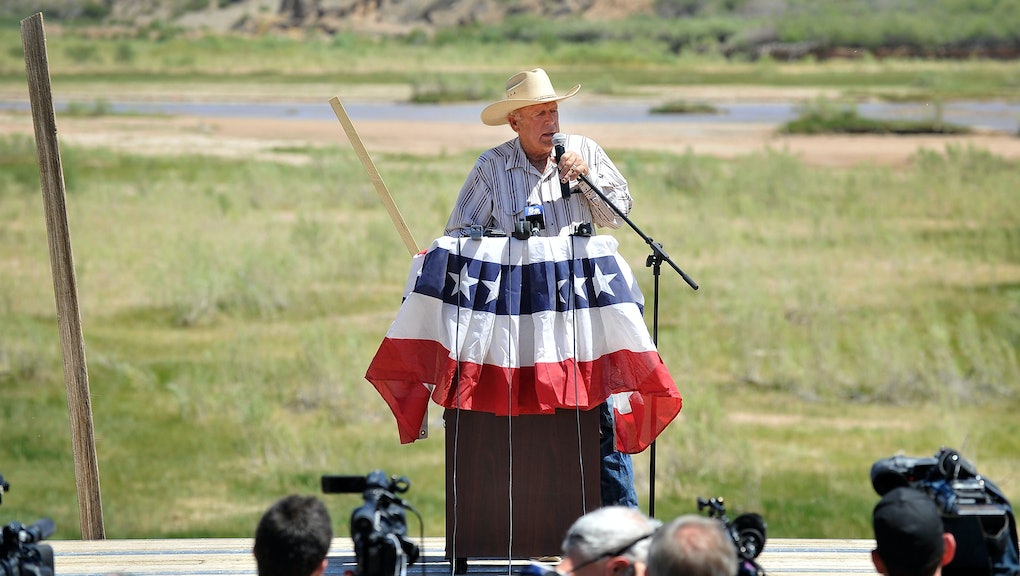 If you're running for public office, you might come to the conclusion it's not such a hot idea to have the guy who proclaimed blacks were better off under slavery record a campaign ad with you.

The whole ad is super uncomfortable, especially because Bakari is black — and it appears to be as much a half-assed attempt on Bundy's part to absolve his name of associations with racism as it is an actual campaign ad. But it's mostly about how black people are whiners victimizing poor white folk with constant "begging" and charges of racism.

"I know that black folks have had a hard time with, uh, slavery," Bundy says. "And, you know, the government was in on it ... A man oughta be able to express himself without being called names."

"I hear ya Cliven, and I believe you. A brave white man like you might be just what we need to put an end to this political correctness stuff in American today," Bakari says. Later he adds "I feel shame when I see black folks whining about white folks this, white folks that, always begging."

Both men invited Attorney General Eric Holder to debate on race with them in Nevada, noting he took the time to visit Ferguson, Mo., after community members protested the shooting of unarmed black teenager Michael Brown by a white police officer.

Bundy has been a member of the Independent American Party since May, when prominent Republicans figures rejected his membership after comments on slavery.