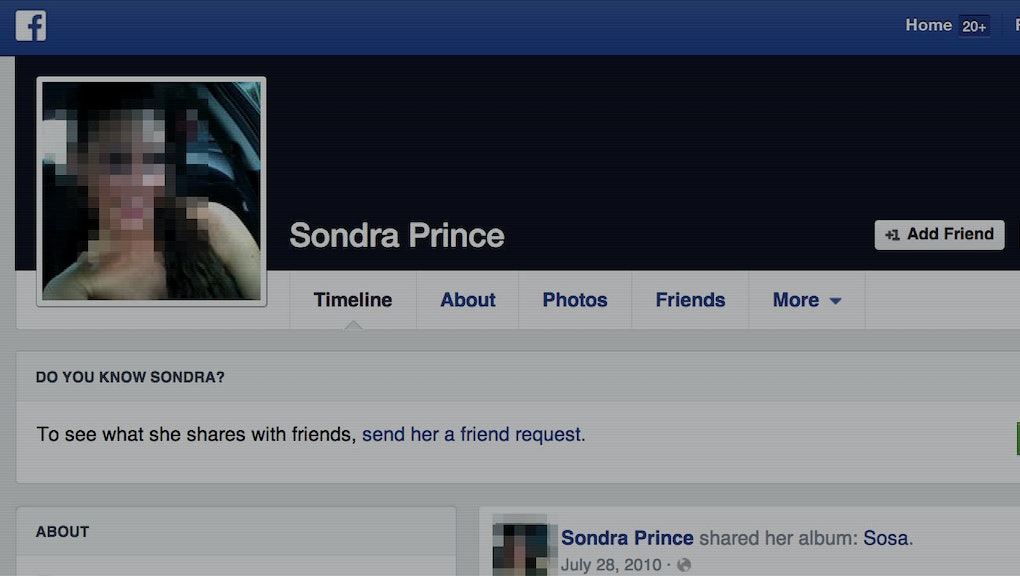 The news: Facebook is not happy about recent revelations that DEA agents set up fraudulent Facebook profiles in the names of real citizens as part of a sting operation targeting drug dealers — and they want the feds to know it.

In an strongly worded letter to the DEA, Facebook expressed its "deep concern about the DEA's conduct" and asked that the DEA "cease all activities on Facebook that involve the impersonation of others."

The company said that by setting up an unauthorized account in the name of suspected New York drug dealer Sondra Arquiett without her knowledge to contact other alleged criminals in the region, "the DEA's actions threaten the integrity of our community" and "makes people feel less safe and secure when using our service."

Facebook went on to list four violations of the site's terms and Community Standards, specifying it "has long made clear that law enforcement authorities are subject to these policies." It also said that it had unilaterally disabled the account made in Price's name.

Facebook also asked the DEA to respond when it had finished complying with its terms of use in words that sounded an awful lot like an implied threat of legal action. The company is clearly taking the matter very seriously.

The background: This case may prove particularly embarrassing for the feds, who not only violated Arquiett's rights and Facebook's terms of service by impersonating her online, but also uploaded racy photos found on her cell phone in an attempt to lure criminals. Arquiett's lawyers claim this caused her "severe emotional distress."

The Department of Justice claims that Arquiett implicitly consented to the sting operation, laying out their defense in court filings:

"Defendants admit that Plaintiff did not give express permission for the use of photographs contained on her phone on an undercover Facebook page, but state the Plaintiff implicitly consented by granting access to the information stored in her cell phone and by consenting to the use of that information to aid in an ongoing criminal investigations."

This could become a nasty court battle if the DOJ doesn't back down — and since social media is quickly becoming a major investigative tool, they very well might fight Facebook over it. A 2012 LexisNexis report found that 83% of law enforcement professionals said they planned to increase their use of social media during regular policework, with 81% of federal agencies using it as well.

Why you should care: This is just the latest battle between consumer tech companies and law enforcement agencies over privacy on the social web.

Last week, FBI director James B. Comey gave a speech urging Apple, Google and others to abandon their plans to put unbreakable encryption on future mobile devices, accusing them of creating a "law-free zone" that could be easily exploited by criminals. The ACLU shot  back, saying the FBI was asking companies to deliberately compromise customer security so that it would be easier to spy on them.

Remember, though, that just because Facebook might be willing to fight the DEA in court doesn't necessarily mean they're great about keeping your private info hidden. They're quite happy to sell it, making this more a fight over Facebook's brand image than your actual privacy.