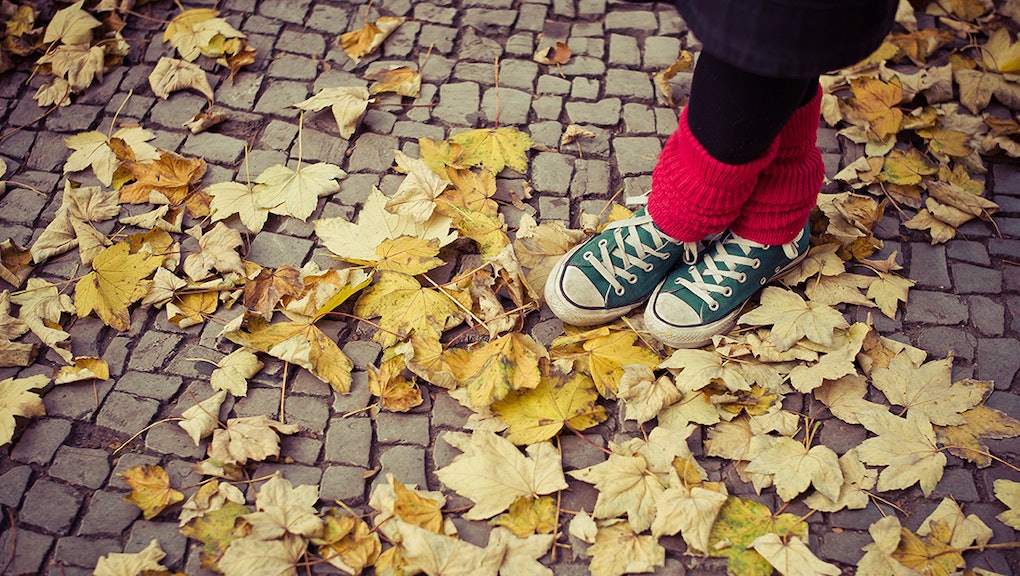 Science Reveals Something Surprising About People Born in the Autumn

... and in the winter, spring, and summer. In short, seasons matter for who you are.

As much as you'd like to think a mood ring from the 1970s can tell you what you need to know about your own feelings and emotions, countless environmental and biological factors shape how we feel. But new research now suggests that your moods may also be affected by something completely out of your hands: when you were born.

According to a study presented at the annual conference of the European College of Neuropsychopharmacology (ENCP) Sunday, a group of Hungarian researchers found that "the season you are born has a significant impact on your risk of developing mood disorders."

"Biochemical studies have shown that the season in which you are born has an influence on certain monoamine neurotransmitters, such as dopamine and serotonin, which is detectable even in adult life. This led us to believe that birth season may have a longer-lasting effect," lead researcher Xenia Gonda said in a statement.

"We can't yet say anything about the mechanisms involved. What we are now looking at is to see if there are genetic markers which are related to season of birth and mood disorder," Gonda added.

What does this mean? For the study, researchers studied more than 400 participants and tried to determine how their personality types lined up with their birth month.

But there is much we still don't know. The researchers are careful to note that this study just points out correlations and doesn't suggest exactly why they exist. But for researchers, the study opens up an exciting new field for exploration.

"Seasons affect our mood and behavior. Even the season at our birth may influence our subsequent risk for developing certain medical conditions, including some mental disorders," professor Eduard Vieta wrote in a comment from the ENCP.

"What's new from this group of researchers is the influence of season at birth and temperament. Temperaments are not disorders but biologically-driven behavioral and emotional trends. Although both genetic and environmental factors are involved in one's temperament, now we know that the season at birth plays a role too," Vieta added.

Perhaps there was some truth to your astrological charts after all.