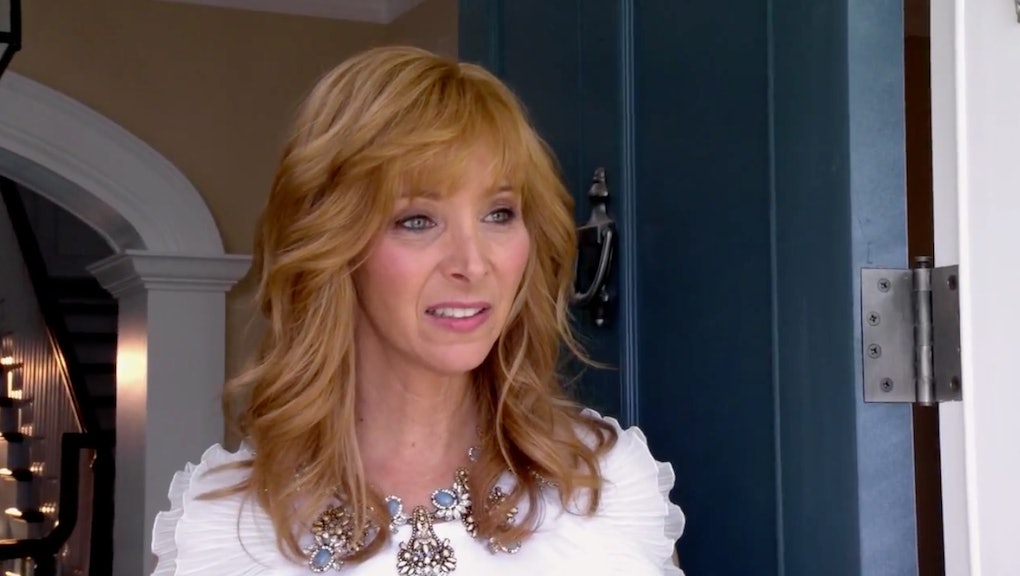 Nine Years Later, Lisa Kudrow and 'The Comeback' Are Coming Back for Season Two

Valerie Cherish (Lisa Kudrow) is back, and she's just as egotistical as ever. HBO has released the trailer for the comeback of the Comeback, in which Kudrow plays an actress has-been vying for the spotlight again.

Complete with Al Pacino impressions and paparazzi ambushes, the trailer has given us a peek of what's in store for Cherish during season two. This time around, she'll be playing a part in Seeing Red, an HBO production featuring a "neurotic older sitcom actress." Hmm, sound familiar?

Check it out below:

HBO made a buzz earlier this year when it announced that the Comeback would be making a return. The show premiered its first season in 2005 and was canceled after that one season. But even with the premature cancellation, the sitcom was nominated for three Primetime Emmy Awards.

We might have to wait until Nov. 9 to see what drama Cherish gets herself into, but at least we have this trailer to hold us over.