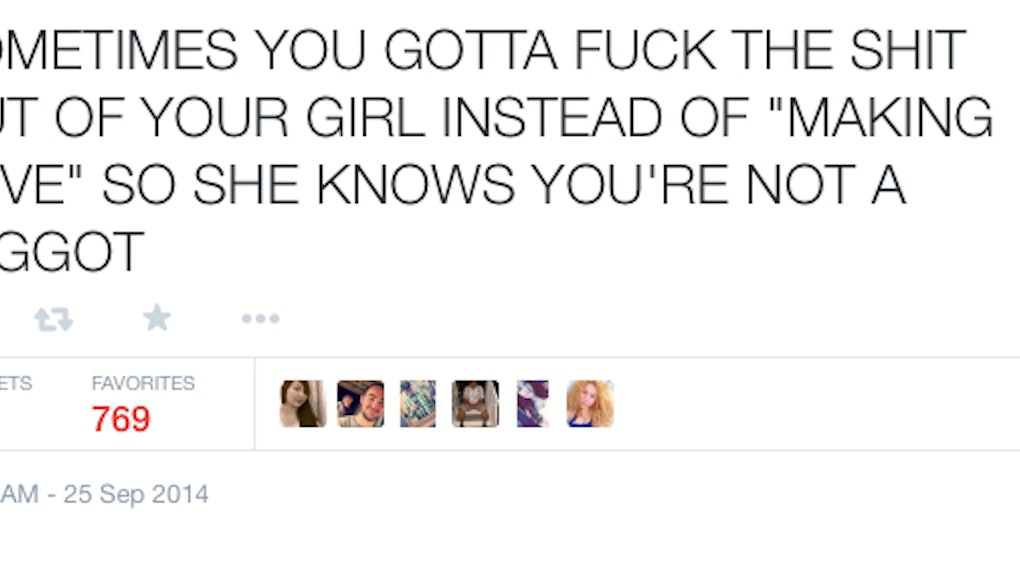 20,000 Tweets Per Day Reveal One Ugly Truth About Social Media

Do you think before you speak?

In an age of digital technology and communication ruled by emojis and flighty thumbs hovering over mobile phones, there's a case to be made that social media has made us less aware of the words we use when communicating with the world.

GLSEN, the Gay, Lesbian & Straight Educators Network, is highlighting the issue with the new campaign, ThinkB4YouSpeak, to raise awareness about the extent to which inflammatory, homophobic and hateful language is used on a daily basis. Their website aims to point out the prevalence of this problematic language in an attempt to curb such behavior through awareness. This campaign runs this month, which is National Bullying Prevention Month.

GLSEN's effort includes creating a live tally feed of all the times words like "fag," "dyke" and "so gay," are used on Twitter, and the results are shocking:

Words like "fag" and "dyke" have historically been used as homophobic slurs to differentiate and then to denigrate others. "So gay," or more commonly "that's so gay" is a bit of a different beast and really speaks to the fact that people are not careful with their words — the phrase is used to mean something like "that's so stupid" or "that's so weird." To equate "gay" with "stupid" and/or "weird" is fundamentally lazy; etymologically "gay" has its roots in the adjectives "happy" and "carefree." It wasn't until the mid-20th century that "gay" took on explicitly homosexual connotations.

Despite the gains that Americans have made both culturally and legally when it comes to LGBT equality, homophobic language — one of the easiest tools used to bully others about their gender and sexual orientation — is at a recorded all-time high, according to the GLSEN. As part of a school climate survey, the organization reports that "9 out of 10 LGBT students report being harassed at school in the last year.

"Faggot" and its derivations — usually "fag" — bully through emasculation. The word is most generally used as a projection of a person's fear of homosexuality (in other words, the literal definition of homophobia), especially if the person is male and feels his masculinity is threatened by the other person's sexuality. The word is therefore thrown around as an attempt to dominate, which is why its use is so prevalent in sports arenas. These words are also used in other places of socialization, particularly in schools, which are themselves locuses of bullying.

The point is that language matters. It can cause pain, joy and every emotion in between. And, it's all we have to communicate with each other. GLSEN campaign demonstrates our need to be better to each other, and how we can be, simply by taking care with our words.