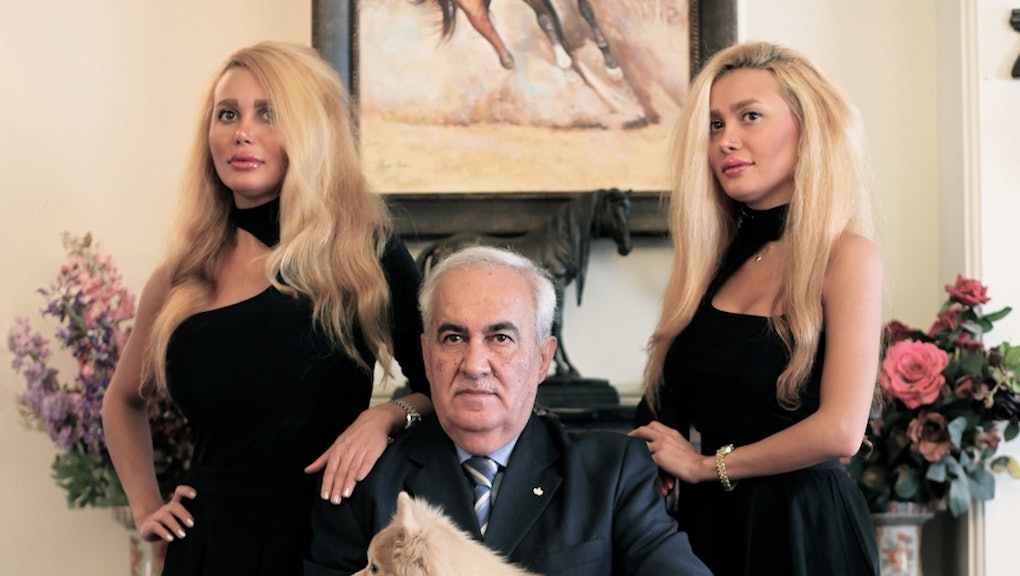 Photographer Nafise Motlaq recently set out on a mission to prove that not all Iranian fathers are the same.

Currently living in Malaysia, Motlaq grew tired of how her native Iran is frequently characterized. "After living far from my homeland for several years, I found that people generally have stereotyped opinions about Iran and Iranians due to what mainstream media feed them," she told Mic.

Following her own father's bout with a serious illness and a visit home after several years abroad, she was inspired to shoot the "Fathers and Daughters" series.

Motlaq spent nearly two weeks traveling through Iran's cities and rural landscapes, capturing diverse images of fathers with their daughters and collecting statements from each daughter. When viewed together, they tell a compelling story about familial dynamics and help quash stereotypes of what it means to be an Iranian man or girl.

"I don't say that Iran is a perfect place with no problems or social issues, but when I traveled to my country after a long time away, I had a chance to re-examine what we are as Iranians," she told Mic. "It is very different from how the mainstream media portrays it. I think it is like most of the developing countries around the world."

With this photo series, Motlaq's goal was to demonstrate that Iranians are very diverse. "When we talk about Iran and Iranians, we should know that we are talking about 80 million people in a huge country with a diversity of ethnicities, classes of society and opinions towards politics and religions."

As such, she photographed families from varied backgrounds and landscapes. Her images feature a farmer, a businessman, a carpet salesman, a cleric, veterans and more.

From Westernized to traditional, affectionate to reserved, the subjects in the photographs also prove there is no one kind of paternal relationship in Iran. And the daughters' quotes reflect this variation. While some espouse a close relationship with their fathers — "I think he is a great supporter in my life" — others are less enthusiastic: "I don't know what to say about him. I really don't."

Motlaq's favorite image is one of a farmer and his daughter standing in a large wheat field. "I saw them in a country road far from city. He was riding an old motorbike with his wife and daughter. When I reached them and told them about my project, they just smiled. I asked if I could take their picture, and he said 'of course, but why here? Come to our house. It's small though!' But it was a beautiful, huge land. That moment really touched my heart."

But what's most heartwarming is the overarching lesson we can distill from the series. As Motlaq explained, "Humanity is all the same. Love for your family, parents, children, country — it's all the same. The point is, we don't know much about certain countries around the world, and our minds are full of stereotyped images and information."