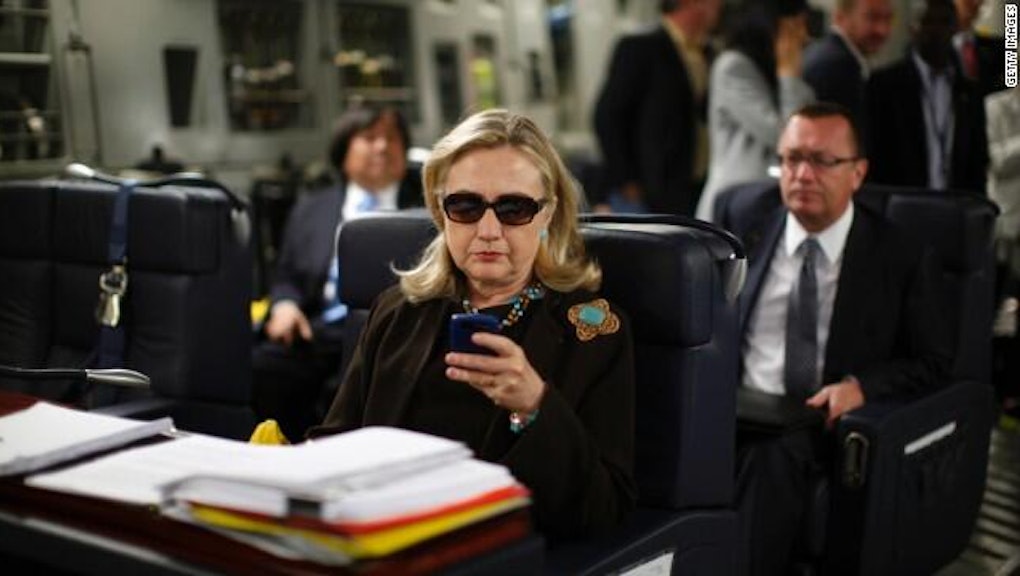 31 Tweets Prove the Future of Feminism Is Here — And It's on Twitter.

From #YesAllWomen to #YesMeansYes, #StopGamerGate to #SolidarityIsForWhiteWomen, women have rallied around Twitter hashtags to champion feminist causes and incite debate about feminist political issues as well as deconstruct feminist ethics.

In this capacity, Twitter functions — for better or for worse — as a blank, democratic canvas of raw, unfiltered and unedited feminist thought. And this has undeniably helped enable feminism's resurgence. The Nation may have deemed it "Feminism's Toxic Twitter Wars," but these interactions have been a vital aspect of the recent resurgence of mainstream feminism. With these discussions, fostered by women of all shapes, sizes, colors, sexualities and gender expressions, we have reconstructed feminism to align more truthfully with its purpose of reorganizing, not dismantling, systems of power so that women have the same liberties as men.

"Power is not the enemy of feminism but its ally," wrote feminist philosopher Elizabeth Grosz. Indeed, these empowering 31 tweets prove exactly that.

The politics of feminism cohere around two major aims. The freedom of movement entails the right to move our bodies and our minds freely through the world, without inhibition or fear. This freedom demands that we have equality under the law, both in terms of rights but also in terms of economic and health benefits. It also demands that women have the right to control their own bodies.

Debate has been lively and inspired. Here are some of the best examples of when Twitter facilitated key discussions around issues important to women:

On the freedom of movement without harassment:

On closing the gender wage gap:

On the right to control our own bodies, as sexually as we damn well please:

On debating what feminism is and should stand for: