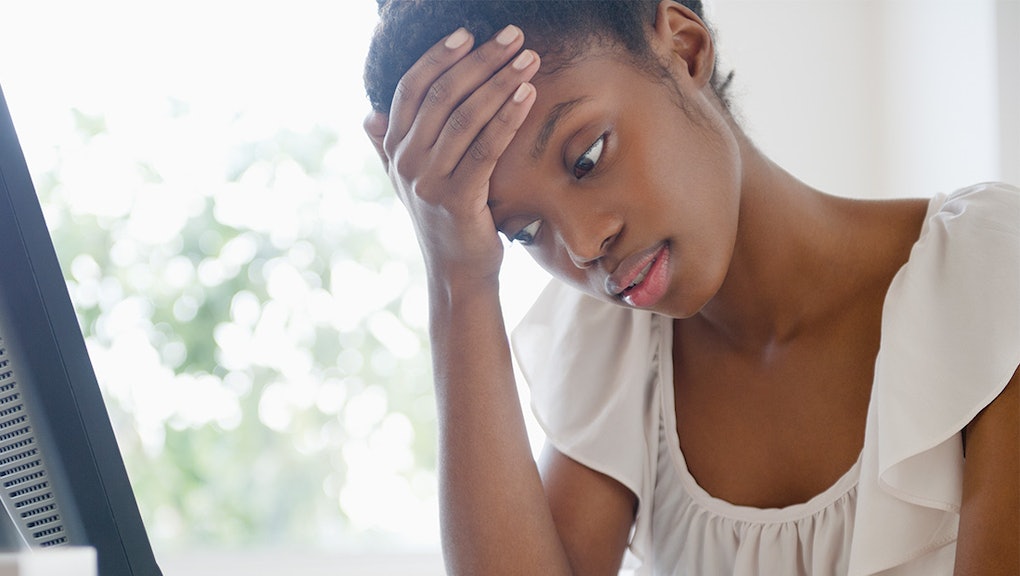 Someone In Your Group of Friends Is Probably an Internet Troll, Based on New Poll

That's how many people admitted to malicious online activity against someone they don't know — in other words, trolling — when surveyed in a YouGov poll published Monday.

The recent #GamerGate conversation grew from a personal attack on one female game developer, and it has since evolved into a much-needed national conversation about sexism and the treatment of women in online communities, and statistics like the one above show exactly why.

It also happens to be that Millennial men are more likely than any other group to engage in online trolling:

Why this is important: Trolls can wear many hats, supporting homophobia, racism and ableism. But while trolls may seem indiscriminate in selecting the targets for their inflammatory remarks and actions, the greatest focus of their ire is often women.

Earlier this year, writer Amanda Hess detailed in Pacific Standard how common it is for women to be attacked online, especially if they speak up about issues regarding feminism and sexuality. Hess herself has received numerous rape and death threats; critic Anita Sarkeesian, who has been at the center of #GamerGate, had to cancel a speaking engagement last week after an anonymous shooting threat was made at the school where she was set to appear.

Though quite a few women in the YouGov poll admitted to engaging in malicious activity online, the fact remains that the vast majority (72.5 %) of trolling victims happens to be female, while the perpetrators are largely male.

Other findings from the YouGov survey:

- These are the most common sites and topics that people like to troll:

And perhaps most tellingly, people's most common reaction to such online behavior was, "Don't feed the trolls": while 14% said that trolls couldn't be fought, 30% said they'd take the complaint to moderators while a whopping 37% said they just ignore the troll.

Not feeling safe, or that the situation won't improve, seems to be a big factor in keeping people from speaking out against trolling. And until that changes, it won't be possible to make these spaces safer environments for women.