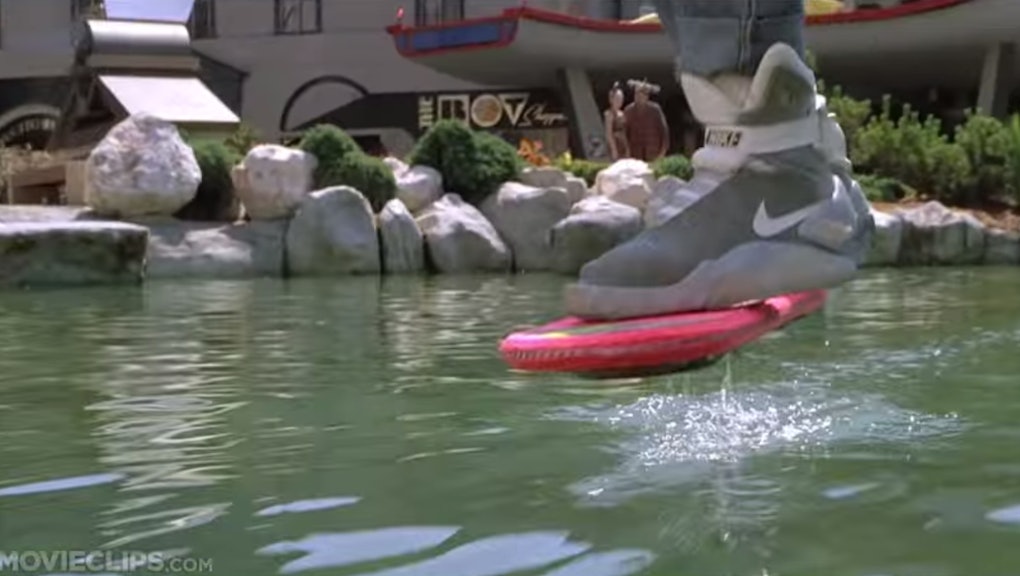 The Hoverboard You've Always Wanted Is Finally a Reality

The go-to sign of living in the future is now a reality — and you can fund it on Kickstarter.

California tech company Arx Pax has a working model of a hoverboard called "Hendo," which they show off in their slick Kickstarter video.

How it works: The Hendo uses magnets to hover about an inch over any surface made of non-ferrous metal — think copper or aluminum. It can hold about 300 pounds and run for 15 minutes, according to the Guardian.

The company is asking for $250,000 to get the hoverboard off the ground; more than $70,000 has been raised so far with nearly two months left in the campaign. For a $10,000 donation, you can own one of the first 10 hoverboards made. (Just make sure you have some copper to ride around on.)

It helps that they have a working version in the video — and that Back to the Future II made hoverboards a signifier of amazing technology to look forward to.

"Yep, there was a movie," the Kickstarter page says. "However, our attorneys have told us not to go there. So this is as far as we'll take it."

What it means: Given the restrictions, the Hendo technology might end up being even more valuable outside of board form.

Magnetic levitation could make life much easier in a controlled environment, where tracks of non-ferrous metal could be laid down. As the Guardian explains, think about warehouses — rather than having to carry heavy boxes, workers could put them on hoverboard-like panels for transportation.

That's why another aspect of the Kickstarter campaign is the Whitebox Developer Kit, which is essentially a pared down set of the Hendo's magnetic infrastructure to play around with. It's not a miracle, but it might be a big step in how we transport our products and ourselves.