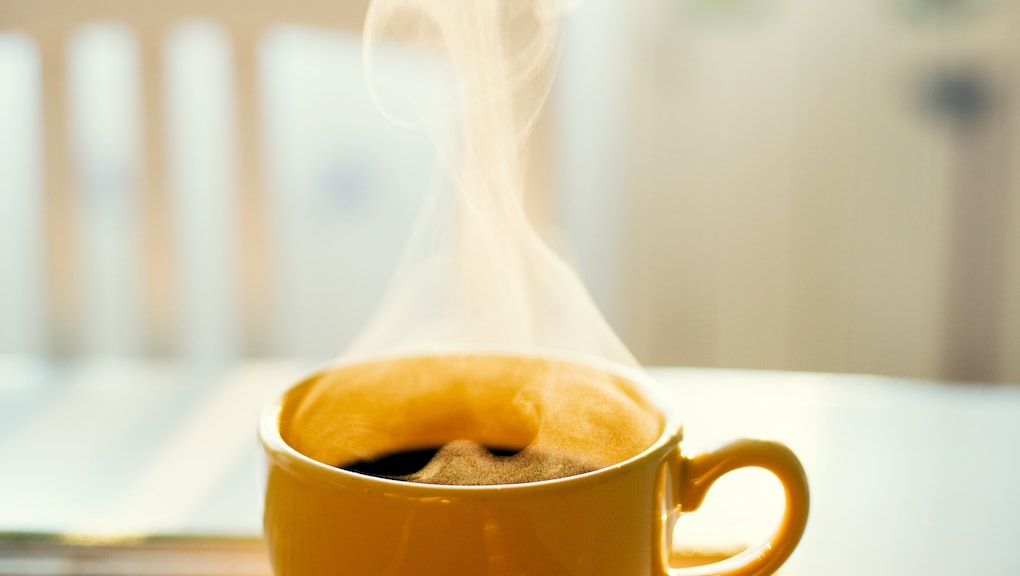 Science Has Some Very Good News for Coffee Drinkers

The good news: There may be no such thing as "too much coffee." In fact, your beloved beverage helps your body beyond propelling a short-term energy jolt.

According to the journal Hepatology, coffee — even decaf — boosts liver function. In a survey of 27,793 people from 1999-2010, researchers found that coffee intake was inversely proportional to liver enzyme levels. This is great considering elevated levels are associated with damage and inflammation of the liver.

More than 14,000 of the study's subjects drank coffee. Another 2,000 drank a decaffeinated sister beverage. And when adjusted for age, sex, race, education, smoking and alcohol intake, among others factors, coffee drinkers' livers came out on top.

What about those haters that say caffeine is bad for you? They're out there. As TIME notes, much of the anti-caffeine literature came out of the '70s and '80s, and it linked the beverage to increased rates of cancer and heart disease. However, according to disease and nutrition expert Dr. Rob van Dam of the Harvard School of Public Health, such studies didn't adjust for smoking or other unhealthy activities.

There's also the favorite theory of caffeine-averse parents everywhere: It stunts your growth. But as the New York Times pointed out in 2005, this claim is flawed. Namely, after years of research, there's "no evidence that it has any effect on height."

This is not to say caffeine is a total saint. Too much of it can make you jittery and lead to problems with sleep. It can cause complications for pregnant women, and those with high blood pressure are advised to cut back.

Still, we're in the golden age of caffeine. It doesn't seem to be linked to a risk of hypertension. It can improve exercise performance. It's been looked at as a pain reliever, and it's connected to a lowered risk of dementia and Type 2 diabetes.

Moderate consumption can actually have positive side effects, and the American Heart Association notes that one to two cups per day doesn't appear to be harmful.

The consensus, then, appears to be this: Coffee may not yet have proven itself to be the wonder drug we're all hoping for, but at the very least, it's not actively harmful.