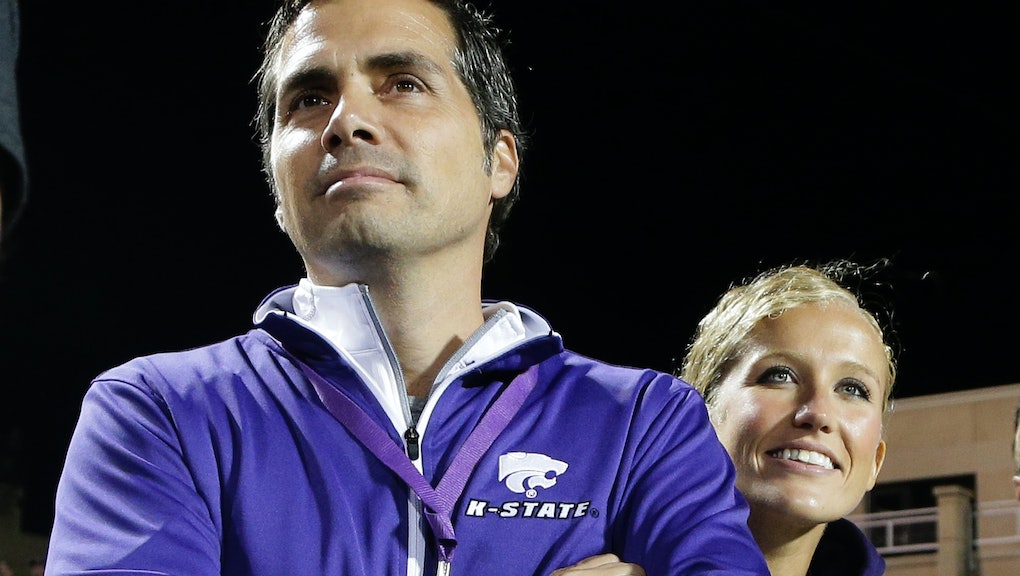 Who needs a political party?

In less than two weeks, millions of American voters will go to the polls to cast ballots in 36 Senate races. But as the dust settles after Election Day, the chamber's balance of power could come down to just five political independents.

Three of them are on the ballot, and two already serve in Washington. All of them are partisan wild cards. Here's how they're shaking up Senate races around the country, proving that you don't need to be a Republican or Democrat to make a difference:

A financier in Kansas

The race drawing the most attention — and whole lot of outside money — is unfolding in Kansas, where independent Greg Orman is deadlocked with Republican incumbent Sen. Pat Roberts. Orman's surprise surge has stirred the GOP, who have sent their brightest stars to the heartland land to rally for Roberts.

Democrats, seeing Orman's potential, successfully got their man off the ballot and out of his way. In New York City, Orman supporters like Jonathan Soros, son of billionaire liberal donor George Soros, has organized at least two big fundraisers for the independent.

Roberts has a slight edge in the polls, but Orman definitely has the momentum:

An old hand in South Dakota

Up in South Dakota, former GOP Sen. Larry Pressler's decision to join the contest has turned an expected blowout victory for the Republicans into a near three-way tie. If Pressler's name sounds familiar, it's probably for his role in breaking the 1970s Abscam bribery scandal, which inspired the movie American Hustle.

Pressler served three terms in the Senate as a Republican. Now, he's running with an "I" next to his name. But even if Pressler doesn't get back to Washington, he's guaranteed to syphon votes from GOP candidate Mike Rounds. That's slightly cracked the door open for Democrat Rick Weiland, an afterthought for most of the campaign.

If Republicans don't unseat Sen. Kay Hagan, the Democratic incumbent, they might have a part-time pizza delivery guy to blame. His name is Sean Haugh, and he's running as a Libertarian. (Voters usually inclined to support Republicans are, historically, much more likely to jump ship for a Libertarian.)

"If [the race] is really close — people might say even at 2% — Haugh would be playing a role in the outcome," North Carolina State University political scientist Andrew Taylor told ABC News earlier this month.

According to Bing, Hagan currently holds about a sizable lead over Republican Thom Tillis.

Sen. Angus King, the former governor of Maine, was elected in 2012. He has voted with the Democrats, but says he is willing to consider a switch if the Republicans win control of the Senate.

In a discussion on Bloomberg TV, King said he has no interest in "organizing" a third party in Washington but admits he'll continue to "have some discussions" with potential allies.

"There are two other independents that might be coming here, possibly from Kansas and South Dakota," he told Bloomberg. "And if that's the case, the three of us will undoubtedly talk and see if we can find common ground."

Vermont's Bernie Sanders is probably the Senate's best-known independent and its most staunchly liberal voice. Unlike King and his possible future colleagues, Sanders, despite the messy hair, fits in neatly with the Democrats.

(Note: On the subject of spoilers, Sanders won re-election in 2012 with 71.1% of the vote, a margin of more than 46 points. But it could have been more. The Marijuana Party candidate, Cris Ericson, pulled in 2%, which would have surely gone to Sanders in his absence. Vermont!)

The most powerful men in Washington?

With the Senate split so narrowly, the presence of two or three independents could make for a post-election scramble like we've never seen in modern American politics. Orman is likely inclined to join the Democrats. Pressler was a Republican for most of his life. King is very openly offering his services to both sides. But if they unite, the independents could form a two- or three-vote bloc more powerful than the other 97 senators combined.