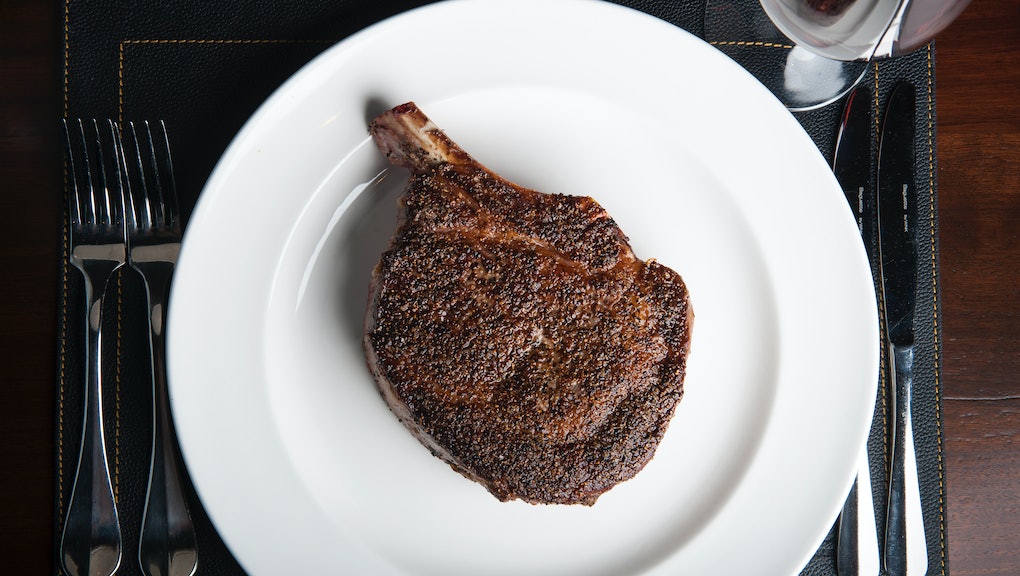 Science Reveals the Best Reason Yet for Men to Eat Meat

The news: If you're trying to have kids, you might want to put away the salad and start grilling a steak. A recent study found vegetarians to have lower sperm counts compared to their meat-eating counterparts.

The study also noted that vegetarians' sperm are less active, as well. The researchers proposed vitamin deficiencies were the reason behind their findings. The most voracious consumers of vegetables had sperm that was 70% lower in quality and 68% lower in activity (or "motility," to be scientific).

"We found that diet does significantly affect sperm quality," Dr. Eliza Orzylowska, one of the people who worked on the study, told the Telegraph. "Although these people are not infertile, it is likely to play a factor in conception, particularly for couples who are trying to conceive naturally, the old fashioned way."

Don't start scarfing down cheeseburgers just yet, though. Loma Linda Medical School only studied the Seventh-Day Adventists in the first place because they lived 10 years longer than the average American. This fact prompted researchers to wonder if their increased lifespans were linked to higher-quality sperm.

And as Quartz stated:

This is an early finding and should be taken with a grain of salt, as the research sample included only 31 vegetarians and vegans. Moreover, prior research has shown that diets high in fat — such as those heavy in red meat — can be detrimental to sperm count.

The takeaway: We consume health hazards every day, oftentimes willingly. While this study points out a flaw in a vegetarian diet, vegetables are still healthy. You just might want to fire up the grill if you're trying to procreate.