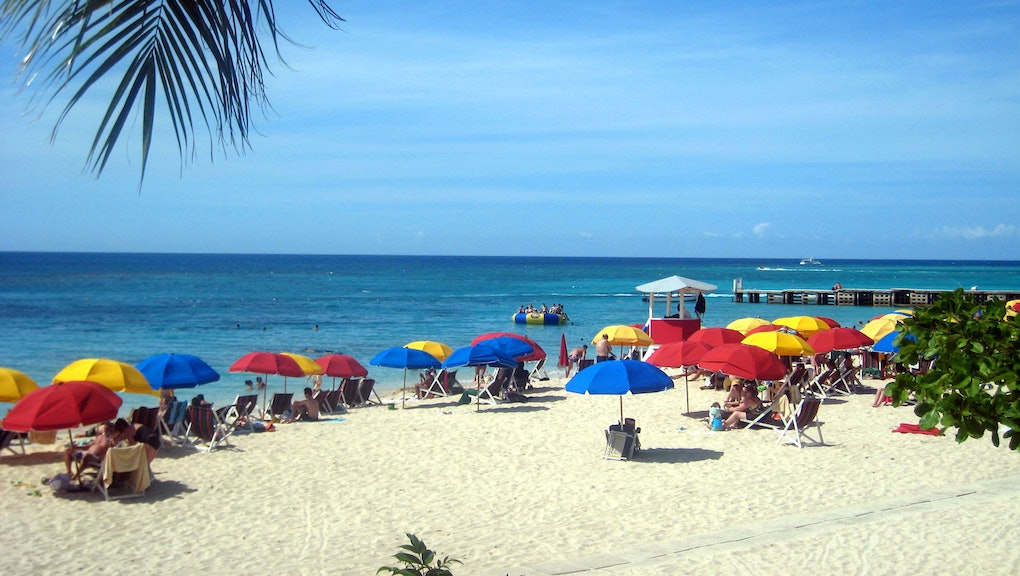 You may want to rethink that trip to Jamaica.

One of the largest islands of the Greater Antilles, this popular vacation and one of the top honeymooning spots for Americans is generally known for sparkling beaches and a laid-back culture as represented by favorite son Bob Marley and the iconic Jamaican bobsledders.

It's also one of the most dangerous countries in the world, especially if you are LGBT.

According to a report by the UN's Office on Drugs and Crime, Jamaica has had one of the highest murder rates in the world for years, ranking sixth in 2014. On Tuesday, Human Rights Watch released the report "Not Safe at Home: Violence and Discrimination Against LGBT People in Jamaica," and the documentary "Unchecked Homophobic Violence in Jamaica," documenting the terror and fear LGBT Jamaicans face. Denied many basic civil rights and protections from a government that outlaws not only the identity but the act of sodomy, dozens of LGBT Jamaicans are homeless because they have been cast out by their families.

"LGBT people in Jamaica face intolerable levels of violence and cannot rely on the police," said Graeme Reid, Human Rights Watch's LGBT rights director. "The authorities from the prime minister on down need to call a halt to the violence and discrimination, prosecute anyone responsible, and get homophobic laws off the books."

The "homophobic laws" Reid refers to are the buggery laws, implemented by Jamaica and appropriated from its days as a British colony. These laws do not outlaw the identity but the act — a legalese version of the Christian saying, "Love the sinner, hate the sin." Although Prime Minister Portia Simpson-Miller pledged to revisit the laws, she has said that repealing them would have to be "based on the will of the constituents," and that repeal was not a "priority," according to the report.

Given the number of attacks perpetrated against LGBT people in Jamaica, the prime minister's attitude is disappointing, to say the least.

Currently, more than 70 countries around the world criminalize homosexuality. Africa's struggle with homosexuality and homophobia has been highly publicized recently, in particular the public debates raging on the issue in Uganda. Amidst all of this controversy, countries like Jamaica have been able to go relatively unnoticed. In January, the island's government heralded what it said was a banner year for the tourism industry, claiming that Jamaica has set records for stopover visitors (2 million in December 2013) and was on track to bring in close to $2 billion in earnings.

Meanwhile, outside the purview of Jamaica's resorts, LGBT people told Human Rights Watch that they struggled to even get local police to take their victimization seriously.

"Those who did not file police reports, across the board, told Human Rights Watch that they were afraid of facing further discrimination at the hands of the police, or that they believed the police would take no action to assist them," the report noted.

"Why can't we be treated with the respect and dignity we deserve?" activist Gareth Henry posits to the camera in the documentary.

Indeed, why can't all people be treated with this respect and dignity? The Human Rights Watch report reveals that Jamaica has a lot to answer for, especially if it wants to be seen and respected as a global citizen.

And just as importantly, Americans can no longer pick and choose which homophobic countries it chooses to be outraged about. Time to find a new vacation spot, honeymooners.