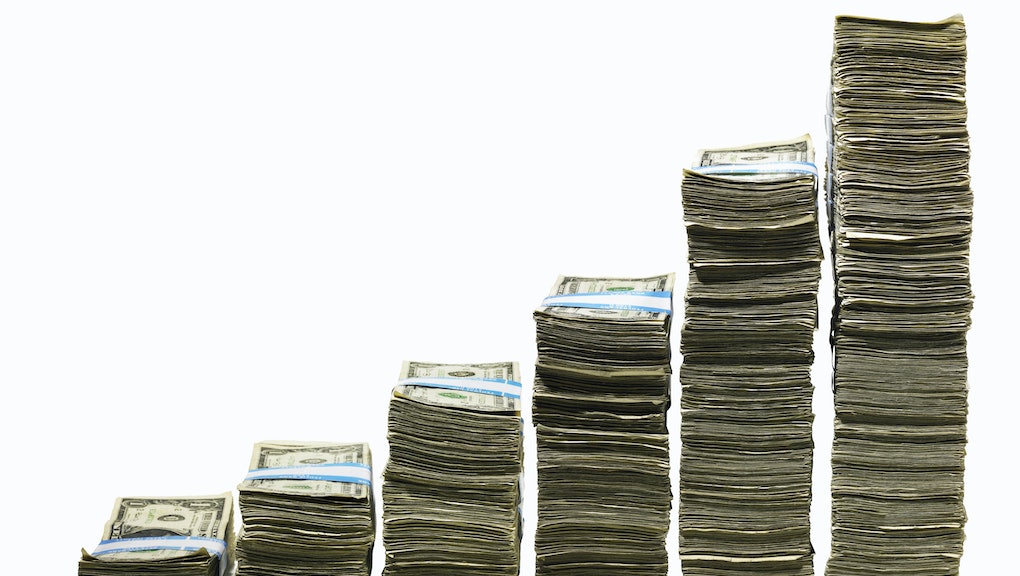 As Americans pour into voting booths across the nation this November and cast their ballot for two parties who clash over every issue under the sun, there are some rays of light for a policy that might transcend partisanship: raising the minimum wage.

As The Nation points out, the four states where raising the minimum wage is on the ballot for voters next month — Alaska, Arkansas, South Dakota and Nebraska — are red states.

Counterintuitive as it may seem that Republican strongholds are considering boosting workers' wages, forces at the national level have created a window of opportunity for change. The possibility is particularly important for young Americans, who represent one-fifth of hourly paid workers but roughly half of those making minimum wage (or less).

Bipartisan support: A CNN poll this summer found that 71% of Americans favor a minimum wage hike, and there's support for the policy across the political spectrum: 90% of Democrats and 54% of Republicans approve of the idea.

Democrats have sensed the widespread support they can garner by buckling down on the issue. President Obama called for the federal minimum wage to be increased from $7.25 per hour to $10.10 during this year's State of the Union address, and he has brought the issue up again on the road this autumn in the run-up to elections. Earlier this year, he signed an executive order that guarantees workers under federal contracts a minimum wage of $10.10 an hour.

Outside the beltway, workers and organized labor have taken matters into their own hands. Over the last couple of years, employees at fast food restaurants and chain stores have engaged in walkouts and raucous protests in more than 100 cities over their wages. The Huffington Post has noted that the steady stream of pressure from labor groups such as Good Jobs Nation, which organized protests by low-wage employees at federal sites such as the Smithsonian Institution, likely played a role in Obama's executive order.

While the struggle to raise the federal minimum wage carries on, there may be some progress at the state level. Here's a look at the states where voters could make a splash:

If the ballot measure to increase the minimum wage is approved, the minimum wage will rise from $7.75 per hour to $8.75 in 2015, $9.75 in 2016, and will subsequently be adjusted annually for inflation (or remain $1 higher than the federal rate, whichever amount is higher).

Alaska's measure for a minimum wage hike looks quite likely to pass: 61% of voters support it and 33% are opposed. The Republican Senate nominee Dan Sullivan has said he plans on voting in favor of the measure.

A survey in the spring showed that a majority of Nebraskans support raising the minimum wage.

South Dakota's initiative would increase the minimum wage from $7.25 to $8.50 in 2015 and guarantee an annual increase tied to inflation.

Politico reports that polling in South Dakota is predicting a victory for the hike.

The takeaway: Advocates for higher wages across the nation have reason to be excited. If these initiatives pass, it will add to a wave of wage hikes that will improve life for millions in the coming years.

But it is only a small step in the right direction. Consider that if the minimum wage had kept up with the economy's growth in productivity since the 1960s, it would be $22 an hour today. Increasing minimum wages incrementally will not fully compensate for the fact that today's economy is not structured to see workers as valuable compared with the goods and services they create or the executives that oversee them.