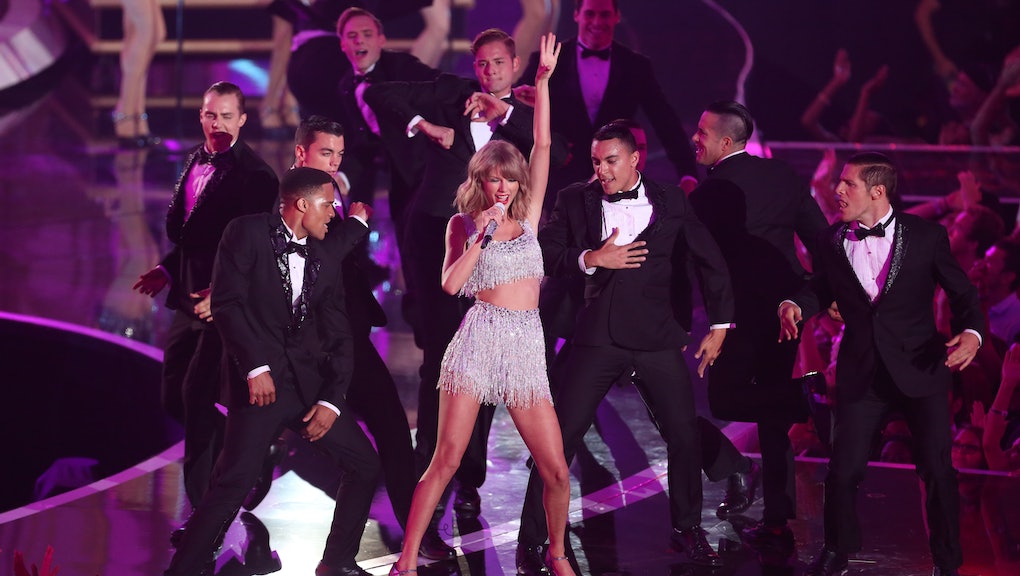 Taylor Swift is so hot right now, she can release an 8-second track of static titled "Track 3" and watch it hit the top of the charts. Yesterday, that actually happened.

She now holds the top three spots on the Canadian iTunes charts, with "Track 3" surpassing her latest actual single, "Welcome to New York," an underwhelming gentrification anthem that highlights little of all there is to love about Swift. Arguably, "Track 3" highlights even less, but it's still sitting at No. 1, despite no longer being available to buy, which should tell you a lot about "Welcome to New York."

But it's clear that the excitement over her new album, 1989, has reached a fever pitch leading up to its Oct. 27 release. Swift doesn't even need to release music to top charts. Unless she's launching a new career as an ambient noise artist, that appears to be her new strategy. We're glad it's working.