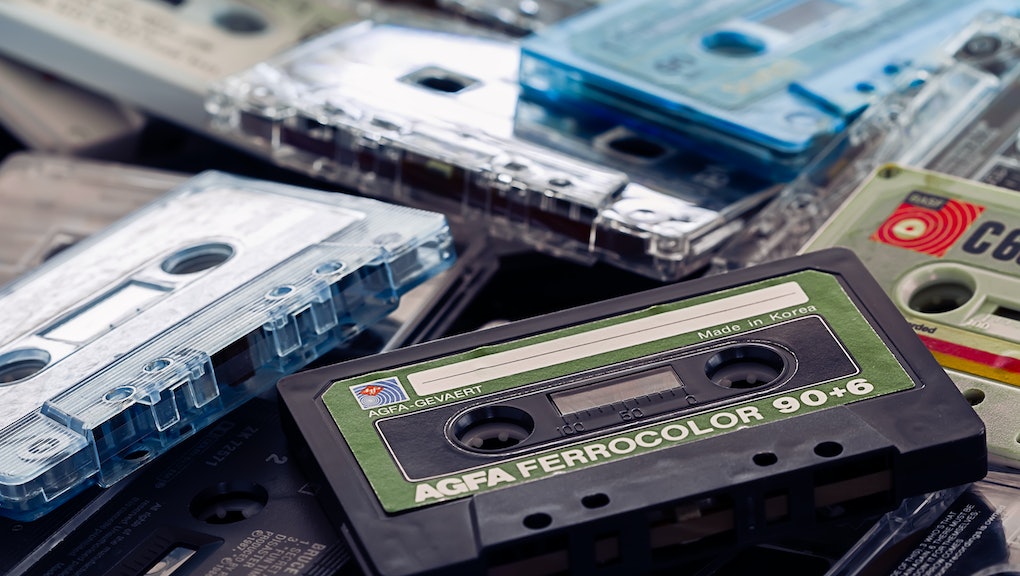 There's a Cassette Player That Can Stream Spotify

The news: An intrepid tinkerer named Matt Brailsford in the U.K. has created a cassette player that lets you stream your favorite tunes with Spotify.

How'd he do it? Brailsford used Raspberry Pi — a small, cheap computer that can be used for any number of projects — to jerry-rig the cassette player. Each cassette tape corresponds to a different Spotify playlist.

Brailsford discussed his machine's numerous technical details with CNET. He removed much of the cassette player's innards and replaced them with a Raspberry Pi motherboard programmed to run MusicBox (which has built-in Spotify features). It then acts as an interface between the analog cassette player and the digital computer.

"When the player is turned on, MusicBox starts up and loads the custom module, which then waits for Spotify to connect and loads a list of Spotify playlists into memory," Brailsford told CNET. The player can then identify which playlist to run based off ID markers on the individual cassette tapes.

It took Brailsford about three weeks to build the Spotify-streaming cassette player. He created it because he felt modern music-playing devices lacked the "touchy-and-feely nature" the cassette player had.

Seeing such an invention isn't necessarily surprising. Thanks to the Internet, nostalgia has become an increasingly important part of our culture, to the point where '90s fashion is becoming popular and Surge is available for purchase again.

Even though Brailsford's model isn't for sale, don't be shocked when manufacturers try to cash in on our nostalgia.