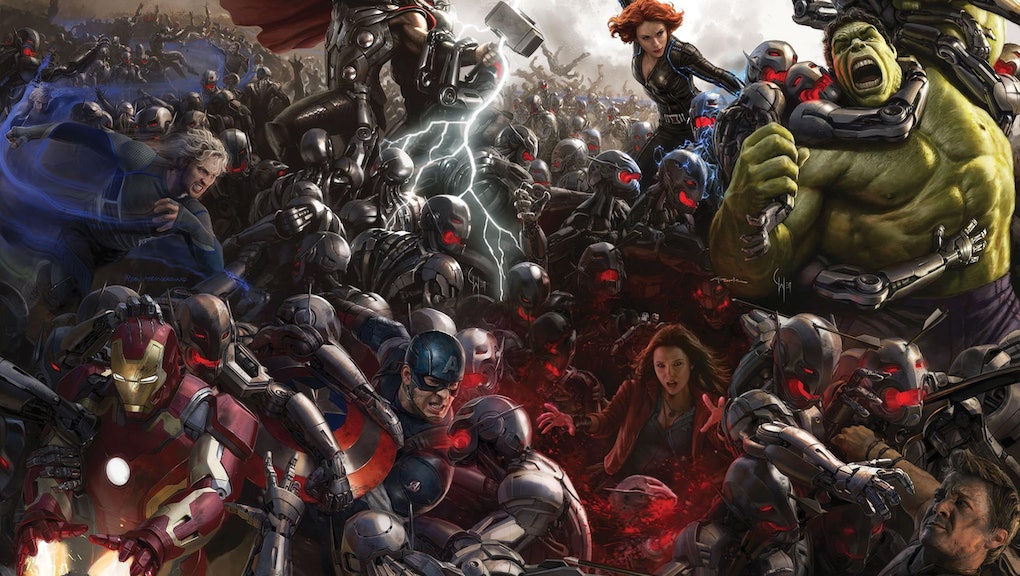 The First Trailer for 'Avengers: Age of Ultron' Has Leaked Online

What appears to be the entire first trailer for Avengers: Age of Ultron has leaked online. In response, Marvel has released the official teaser for the forthcoming superhero epic.

Marvel Studios had originally planned on debuting the first trailer for the much-anticipated Avengers sequel during Agents of SHIELD next Tuesday.

The trailer opens with an ominous voiceover from James Spader, who plays the titular Ultron. "I'm going to show you something beautiful," Ultron whispers. "Everybody screaming...for mercy."

Avengers: Age of Ultron hits theaters on May 1, 2015 in the United States.