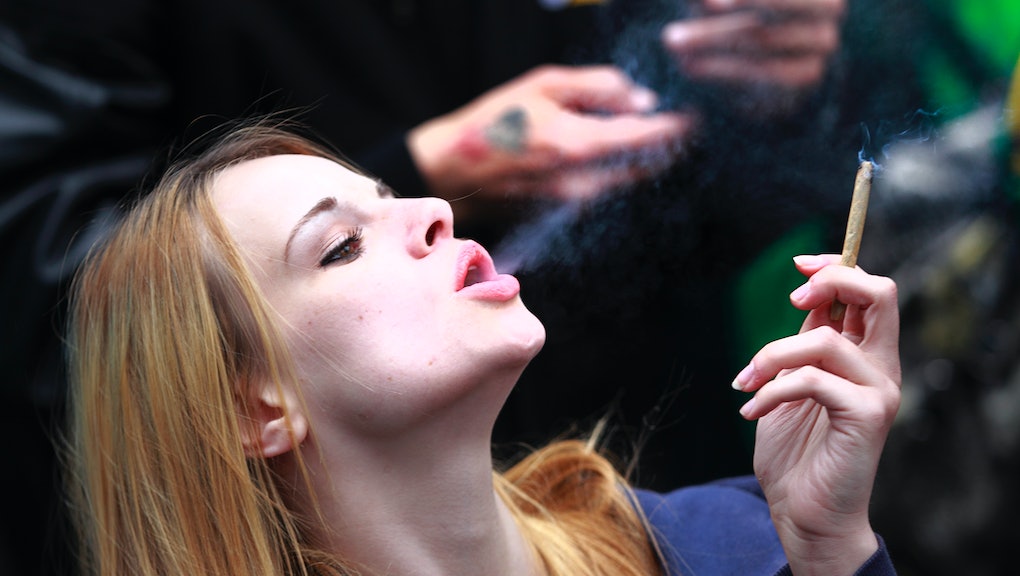 Researchers Discovered Something Surprising About the IQ of Teenage Pot Smokers

One myth invariably associated with smoking pot is that it makes you dumber.

The news: It does not.

Researchers at the University College of London (UCL) put that idea to the test in a new study. They gathered a sample of 2,612 kids born in the Bristol area of the U.K. in the early '90s, and administered IQ tests to the participants at ages 8 and 15. The result: After controlling for other factors, the researchers found "no relationship between cannabis use and lower IQ at age 15."

"This is a potentially important public health message — the belief that cannabis is particularly harmful may detract focus from and awareness of other potentially harmful behaviors," said lead author Claire Mokrysz in a press release.

Why this is important: Despite that there are far more dangerous substances already sold to the American public — hello, tobacco and alcohol — marijuana still gets a dirty rep when it comes to brain-related side effects. In fact, recent studies have shown that regular alcohol use during adolescent or teen years has a more significant detrimental impact on long-term motivation and short-term memory — a finding reaffirmed by the UCL study.

Outside of intelligence, marijuana usage is generally less dangerous than, say, abusing prescription painkillers or alcohol. According to the Center for Disease Control and Prevention, 1 in 5 deaths in America is caused by cigarette smoking, with more than 16 million Americans suffering from diseases caused by the same. Alcohol consumption is the third-highest lifestyle-related cause of death in the U.S.

There is still much that we don't know about pot. Because it's still a strictly controlled substance, scientists and researchers have had a hard time investigating and learning more about the drug's potential dangers.

Some studies suggest that cannabis smoke contains carcinogens, or that recreational marijuana use increases the risk of schizophrenia and other psychotic disorders and leads around 10% of regular users to addiction. Even staunch supporters of legalization are concerned with the impact of marijuana on young, developing brains.

Still, based on what research has shown so far — and the potential health benefits that researchers are working to uncover — marijuana looks relatively less detrimental to your mind and body than a number of substances already sold freely in the U.S. This latest study further proves we need more research to understand marijuana, instead of simply being afraid of it.