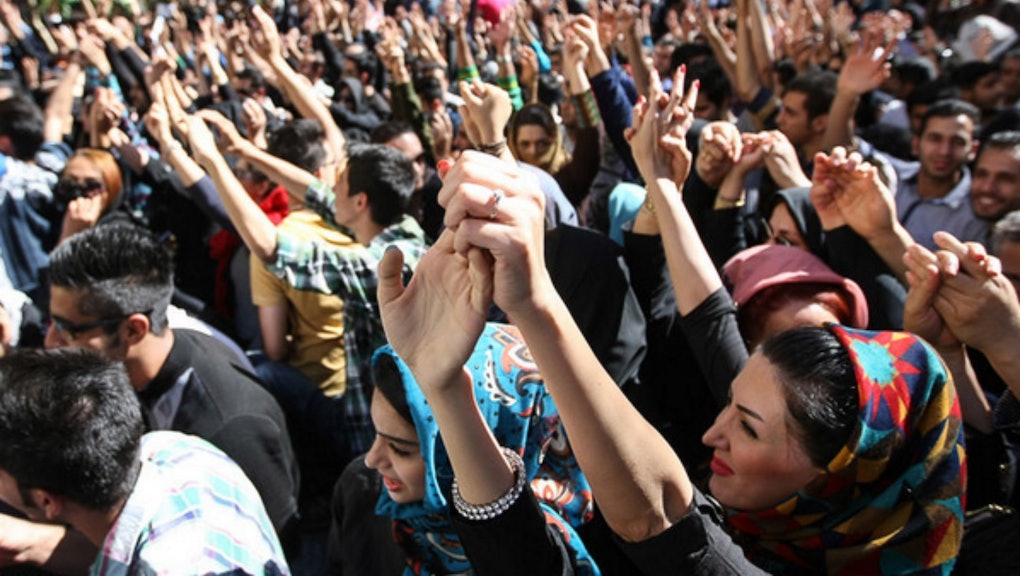 The news: Thousands of Iranians took to the streets this week to protest a recent string of horrifying acid attacks on women.

The protesters chanted "death to extremists" and "Isfahan is our city, security is our right," according to NBC News. The attacks have left nine women injured in the past three weeks.

The background: Six women have been attacked in Isfahan in the past week alone. In most cases, assailants on motorbikes tossed the acid through car windows at women waiting at red lights. Police have arrested four alleged perpetrators.

The city's police chief said afterward that "most of the women were not dressed appropriately," with the implication that they were attacked for not dressing according to conservative tradition.

While the country used to have a policy of literal fashion policing — women could be arrested for wearing certain types of clothing —  those restrictions have been relaxed by president Hassan Rouhani.

Why it matters: While women can no longer be arrested by Iranian police for what they wear, there's a movement to allow volunteers to enforce a dress code. A law allowing that is currently being discussed in the country's legislature.

Rouhani has spoken out against the proposal. "Rue the day some lead our society down the path to insecurity, sow discord and cause rifts, all under the banner of Islam," he said in a speech. "We should not see vice as manifested only in 'bad hijab' and overlook lies, corruption, slander and bribery."

Critics have said the proposal could lead to vigilantism, much like the acid attacks seen in Isfahan. But the protests present a strong counterpoint to such violently regressive interpretations of Islam.

"There should not been so much violence towards women in Iran," said Shahindokht Molaverdi, the country's vice president for women's affairs, according to NBC News. "If we want women to flourish in society we must first protect them."