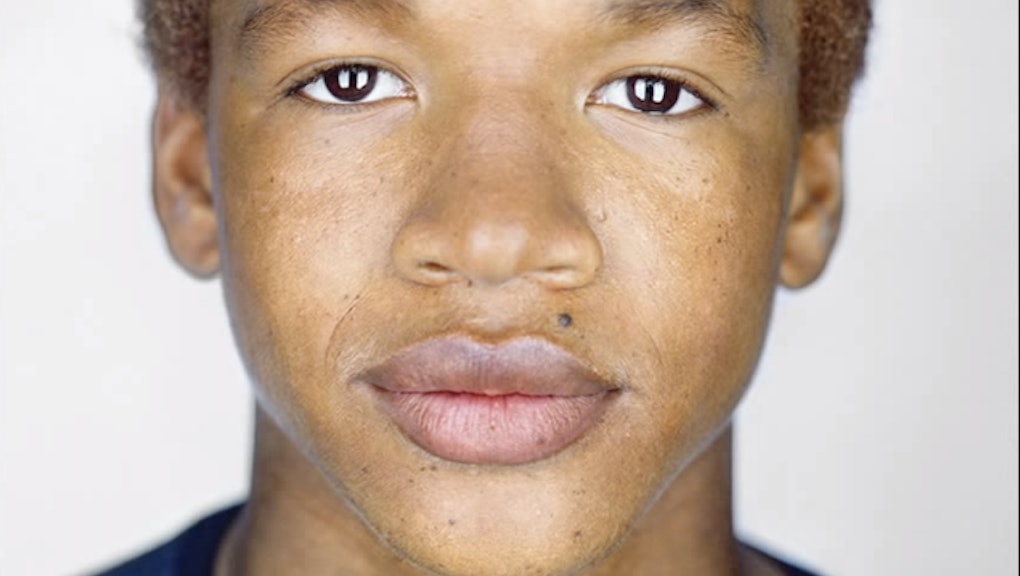 Fourteen years ago, the U.S. Census first offered the option to check more than one box under "race/ethnicity." 6.8 million people did so. By 2010, that number had ballooned to 9 million, a 32% increase and clear reminder that multiracial America is continuing to strengthen its voice.

All signs point to this trend continuing. The Wall Street Journal reports that 15% of American marriages in 2010 were between people of different races, with interracial unions now representing 8.4% of the total number of marriages. But with multiracial identity growing more visible each day, why is it still so hard to talk intelligently about multiracial people?

The problem: As with any identity, the experiences of "mixed" Americans vary endlessly. In the same way people of color are constantly measured against a normalized white identity, we seem to have trouble discussing multiracial people without negatively or positively defining them in terms of the more familiar racial categories.

Whether you're "Filatino," "Chicanese" or simply "not black enough," the end result is a major gap in language and understanding around what it means to be mixed, especially in a country built on racial inequality.

In the name of launching our re-education, here are 10 things multiracial Americans are tired of hearing.

As a general rule, it's insulting to refer to someone using a derogatory term you'd normally call a dog. But more important, dubbing someone a "mutt" is also passing a value judgment of sorts, presumably in comparison to the "purebred" alternative.

It should go without saying that this is the last thing most people want to hear: an unfavorable dog comparison that devalues or marginalizes their worth based on their racial or ethnic heritage. So let's just not.

"Were you confused growing up?"

Short answer: Yes — but mostly because growing up is confusing for everyone.

The problem here is assuming that confusion is the exclusive purview of multiracial people. It's safe to say that developing an unconventional understanding of race is a byproduct of growing up mixed, especially in a society that insists on categorizing people as "either/or." But similar claims could be made about being different in any context — which most people have been, regardless of race.

There are, of course, certain power dynamics that complicate matters, such as white privilege and other forms of white supremacy. But in general, confusion around identity is as dependent on the individual as one's food preferences, or (least) favorite Drake song.

Here's the funny thing about genes: They tend to function more as guidelines, not hard and fast rules. Just like your sister inherited your mom's dimples while you got your dad's puffy cheeks, multiracial people inherit different characteristic from different parents — and it's all one big (relatively) unpredictable crapshoot.

For instance, if my biological mom is Sri Lankan and my dad is from Borneo, there's a good chance that, despite anyone else's biological expectations, I look more Sri Lankan. That's just life. Let's keep it moving.

"Whose side are you on?"

There's a scene in the 2008 crime-comedy In Bruges where a character opines about the inevitable "war between the whites and the blacks."

While the concept is more than a little unlikely, it's been brought up as a hypothetical on numerous occasions.

So, as a multiracial person, which side would you choose if the varying parts of your heritage suddenly engaged in a violent death match? Part of this depends on how you identify, of course, but generally speaking, asking this is like asking someone else to choose a side if their parents — presuming they love them both equally — abruptly went to war with each other.

Nine times out of 10, you'd choose "neither" and move to Switzerland.

"Are you sure that's what you are?"

If someone tells you they're Cuban and Iranian, and you respond with the above question, rest assured, their answer is probably, "Yes. Based on multiple years of living as myself, knowing my family and existing in a society that, through countless social, economic and psychological factors, has made my racial identities abundantly clear to me and everyone else, I'm sure my heritage is what I say it is, and that I identify how I say I do."

"That can't really be your dad."

Families don't always look alike. If a person doesn't physically resemble his parents, there are many possible reasons why, including, but not limited to, having been adopted, getting a fresh summer tan or some iteration of the aforementioned genetic crapshoot involving multiracial families.

The bigger problem here is the presumption that the person asking this question has the right to make sweeping claims about the other's background. When it comes to mixed people, in the immortal words of Maya Angelou (albeit in a different context), "When someone shows you who they are, believe them."

In an excellent Hyphen Magazine essay, Sharon H. Chang interrogates why multiracial identity is constantly subject to other people's political agendas. Being mixed should confer the opportunity, not to mention the right, to self-definition, but there remains a troubling tendency among certain elements to insist mixed people are one thing, the other or neither — all while completely ignoring their say in the matter.

Bottom line: How a multiracial person identifies is not for anyone to say but that person. Whether she does or doesn't "count" as black, Latina, Asian or anything is completely up to her and her alone.

"That's your Mexican side coming out."

Attributing certain preferences, actions or characteristics to the presence of racial elements in a person's bloodstream is problematic for one key reason: There's no single way to express a given identity. This should go without saying, but if someone whose mother is Mexican happens to be good at soccer, it's not because she's half-Mexican. It's because she has talent, practiced the sport and improved her skills.

Claiming people who are, say, half-white and half-Japanese are the most physically attractive people in the world may sound like a compliment. But in fact, it's a form of fetishization, and it masks some pretty troubling assumptions about race and beauty.

Not to mention, these "compliments" usually skew in favor of diluting ethnic features — lightening dark skin, narrowing broad noses and loosening coarse hair. It's the type of logical standard that's been used to categorize and subordinate people of color since America became America.

"Why do you always criticize white people? You're part white."

It's strange how critiques of white supremacy and white privilege get interpreted as anti-white bigotry. It's even stranger to assume that being part-white, or even completely white, means you're somehow remiss in critiquing these oppressive systems.

When it comes down to it, dictating what a multiracial person can or cannot say, then citing race as the reason, is condescending and presumptuous. Not only does it rob them of the agency to express their own identity-based opinions, it does so regarding an issue that everyone should be speaking out against, regardless of race.

Simply put, being part white doesn't mean a person's feelings on this topic are any less valid. Multiracial Americans are victims of white supremacy, just like every other person of color.

The takeaway: The problem with these statements is that they try applying definitive rules to something that's always been crude and malleable. Race is not a universal concept — the definitions we go by are often arbitrary, uniquely American and undergo dramatic shifts from one generation to the next.

To be multiracial in this context is to be treated as an inconvenient speedbump, something nobody knows quite what to do with but which constantly disrupts their attempts at hardline categorization. Perhaps it's time to let multiracial people steer the conversation, instead of constantly having other who lack their lived experience define what they are, what they're not and what they can be.