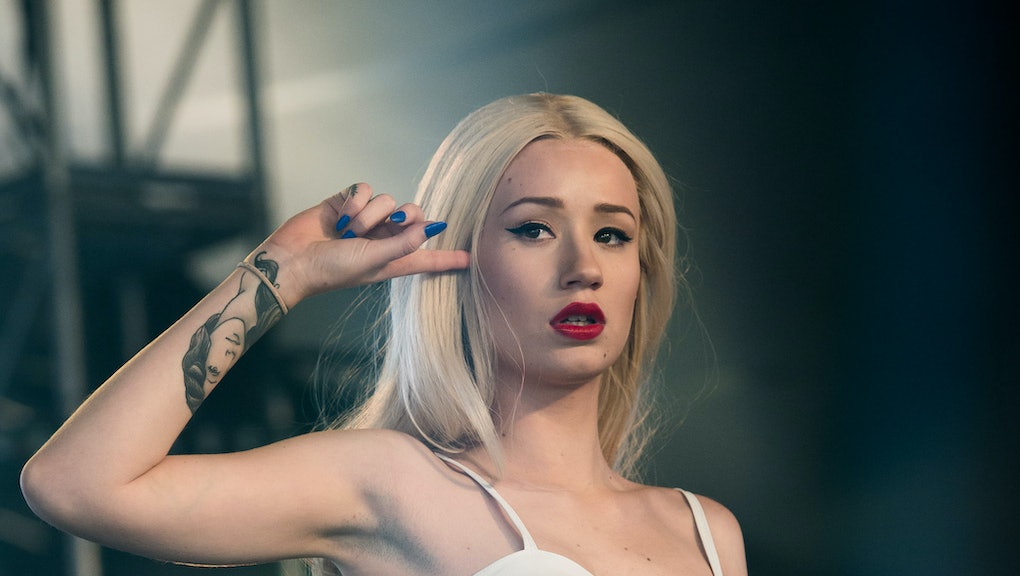 Iggy Azalea's New Single Is Here, and It's Every Bit as Terrible as You'd Imagine

Iggy Azalea, hip-hop's No. 1 cultural-appropriator-gone-pop-star, has assaulted music once again. Released Thursday, "Iggy SZN" is about how great she is (not very), how much everyone likes her (not much) and how bad every other rapper is (depends who we're talking about).

Needless to say, the track is awful — and it perfectly represents what's wrong with her: She takes a tremendous amount of credit, just for stealing another culture's music and doing it poorly.

"Iggy SZN" (translated: Iggy Season) is full of whack lines. "You don't sit in VIP 'cause you ain't no important person," is an especially good example of just how bland and dumb Azalea can get. Meanwhile, "If I told you what I'm worth, you would throw up" is unintentionally very accurate. Azalea's fame reveals a much deeper cultural problem.

This past summer really was Iggy season, which makes approximately no sense given the strength of her output. "Fancy," "Problem" and "Black Widow" were everywhere, charting a historic path for her debut. But this had next to nothing to do with her actual music talent or people's desire to hear her music.

More than anything, it had to do with a sick, historic trend: White artists who appropriate black styles tend to succeed far more easily in the mainstream because mainstream white fans find them easier to embrace and corporations find them safer to back. "Fancy" was part of a new Clear Channel initiative called "On the Verge" that forced affiliated radio stations to play the song a minimum of 150 times. That certainly didn't hurt.

So Azalea should not be celebrated — and she certainly shouldn't celebrate herself. Most of her musical stylings were disingenuously appropriated from Southern black dialects. In interviews she talks with a quiet, Australian accent, but when she takes up the mic, she puts on a truncated, sneering "blaccent" that comes off as extremely exploitative. She's cashing in on black styles, combining it with her safe, easily marketable appearance to sap opportunities from other female rappers who likely have more style and personality to bring to the table. She's closing far more doors for black and white female rappers than she is opening them.