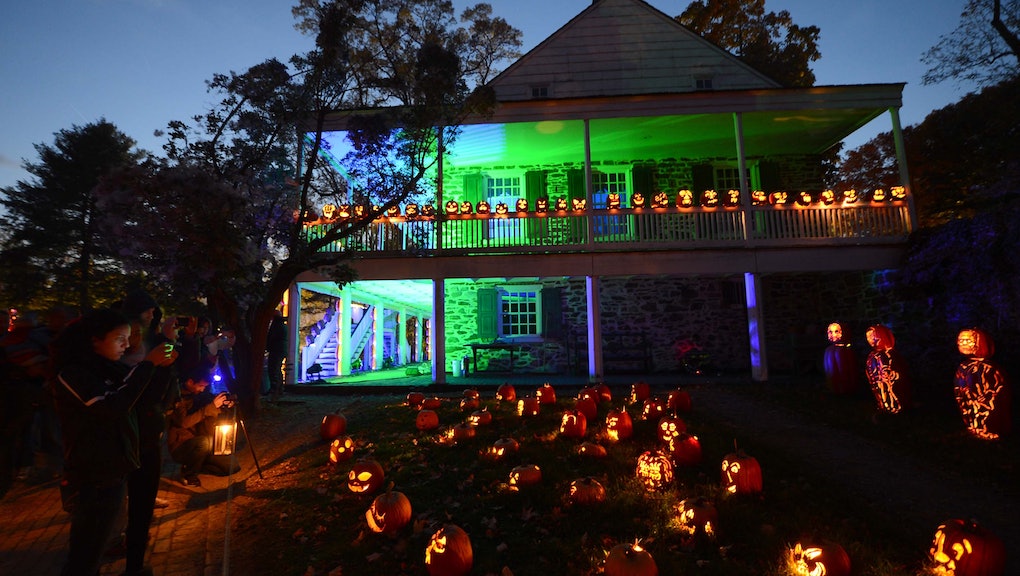 Slate has unearthed either the world's worst troll or its biggest asshole. You be the judge: In a Halloween-themed letter to the site's popular "Dear Prudence" advice column, someone, presumably the neighbor from hell, wrote the following masterpiece of entitled douchebaggery.

The horror. Imagine trying to live a peaceful, street urchin-free existence a stone's throw from America's landed gentry when suddenly, on Halloween night, you're forced to share your modest stockpiles of the least expensive "food" item available to humans with the "less fortunate," i.e., kids whose families have less money than you.

It's not that you can't afford to do so. It's the principle, really. You shouldn't have to dole out sweets to these smudge-faced beggar waifs, because you pay taxes, and taxes typically cover this sort of handout. The government subsidizes food stamps, public housing and Halloween candy, right?

A few key questions arise on reading this. One concerns how a person has the presence of mind to assess, and then approximate, how many trick-or-treaters are decidedly not "from around here," in percentage form, no less.

The second is about what visual criteria they're using to determine the children's "less fortunate" status: Is it because they arrive in "overflowing cars" instead of driving individually (carpooling is a poor thing, right)? Are they dressed in rags, with eye-patches, rotten teeth, fingerless gloves and no shoes? Or is "less fortunate" — like "urban" or "inner city" — simply shorthand for "brown"?

Finally, does the presence of these uppity guttersnipes really elicit such a gnawing anxiety each Halloween that this person had to write to an advice column about it, thus broadcasting their callousness to God and the general public?

It's almost hard to believe such a human exists. And yet, it's not unheard of: A 2012 New York Magazine article titled "The Money-Empathy Gap" discusses a growing body of science around the correlation between wealth and compassion. The research is admittedly incomplete, but numerous studies suggest "that living high on the socioeconomic ladder can, colloquially speaking, dehumanize people," making them "less ethical, more selfish, more insular and less compassionate than [others]."

One such study, overseen by psychologist Dacher Keltner at the University of California-Berkeley, even found that wealthy participants were less likely to respond compassionately to images of children with cancer in a St. Jude's hospital commercial, according to the report. (Compassion was measured calculating "empirical" physical shifts, such as "facial expressions and the slowing of the heart rate.")

"It's not, 'I can see you're suffering. I can tell. But I don't care,'" one of the students working on the project, Jennifer Stellar, told New York. "They're just not attuned to it."

This obliviousness seems to have found its spiritual home in this Dear Prudence letter. To her credit, "Prudie" struck back with a scathing response, albeit one rife with troubling assumptions, like the aggrandizing concept that poor kids are coming to the neighborhood mainly to "marvel at how the 1 percent live" (in reality, they probably just want your candy).

This quote says it all: "Your whine makes me kind of wish that people from the actual poor side of town come this year not with scary costumes but with real pitchforks." That's the kind of "class war" we can all get behind.