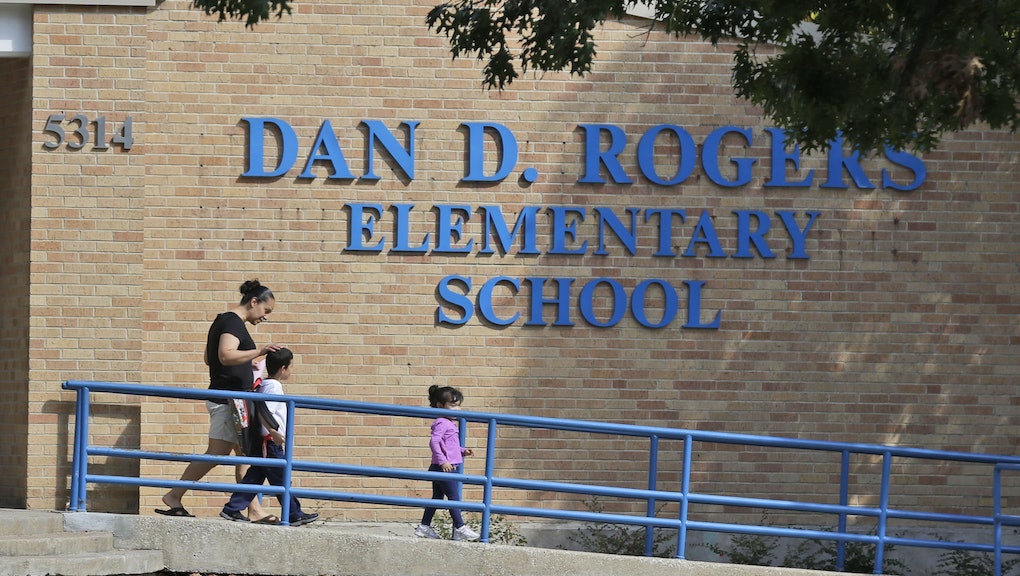 The news: A month after education watchdog groups called out the Texas State Board of Education for trying to push information "unsupported by historical facts and based mostly on the ideological demands" into the state's curriculum, the state's proposed textbooks still contain a multitude of errors and half-truths.

Texas' new textbooks, which included a number of conservative viewpoints ranging "from eye-roll-inducing to just plain crazy," still contain many passages that you're more likely to hear from the likes of Rush Limbaugh than a scientist or historian even after a month of withering criticism.

National Center for Science Education programs and policy director Josh Rosenau sat in on one of the review meetings where Texas officials were supposed to respond to the overwhelming criticism from the academic establishment. What he found was concerning: The Bible was being used as the primary source for academic textbooks in public schools.

"'I'd like a biblical check on that,'" Rosenau said. "Those were the first words I heard upon logging into Monday's working session of the Texas Education Agency."

Texas is still pushing through a biased curriculum. What he found, Rosenau wrote for the Washington Post, was "deeply disappointing." In particular, he blamed officials for failing to correct serious errors on climate change. Take Pearson's myWorld Social Studies Grade 5:

As Rosenau notes, scientists do not actually disagree on what's causing global warming. Polling has concluded 97.1% of climate scientists back the theory of anthropogenic climate change, while critiques of the notion have been disappearing from the academic literature under the weight of overwhelming scientific evidence. Nor is it happening in a "slow" manner; Rosenau writes that most scientists agree it has been "remarkably quick."

"Scarier still" is this passage from McGraw-Hill's sixth-grade textbook World Cultures and Geography, which introduces the nonexistent debate on the origins of climate change with discredited arguments from the energy-industry-backed climate-denial group the Heartland Institute:

Why you should care: It's becoming clear that while some of the most egregious passages might be fixed, Texas regulators are still dead set on pursuing an ideological agenda through the state's textbooks. The Huffington Post recently documented a number of factual inaccuracies and biases that seem unlikely to be remedied, such as promoting capitalism and limited government, white-washing McCarthyism and minimizing slavery and the civil rights era.

For people obsessed with limited government, the Texas' Board of Education sure seems eager to inject its ideology into every kid's textbook.