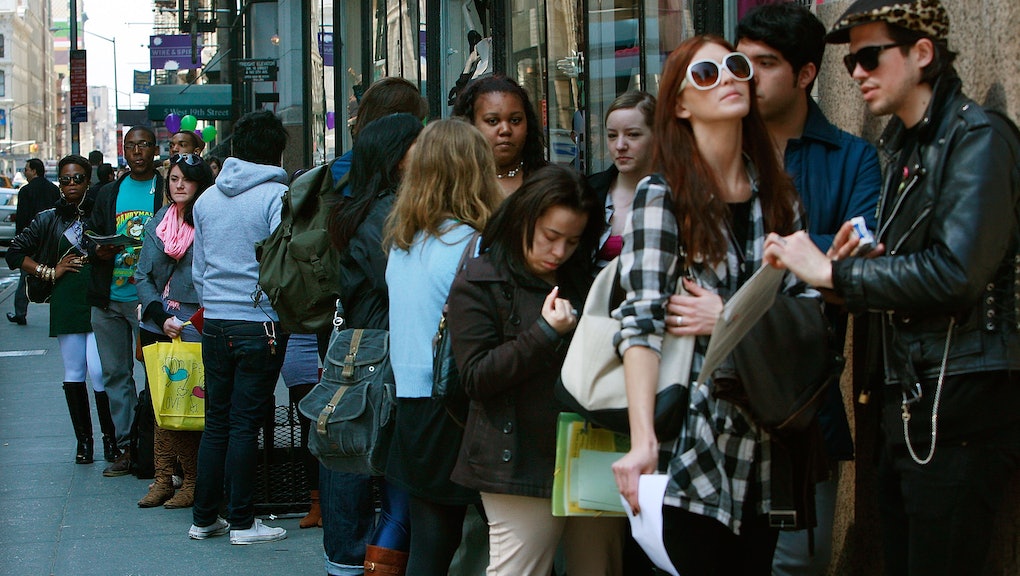 Raffi Williams is the Deputy Press Secretary for the Republican National Committee.

Democrats have failed Millennials. Our unemployment rate is double the national average, and it increased last month from 13% to 13.7%. For Millennials, the economy isn't creating jobs — it's creating hopelessness: More than 60% of us believe that the American Dream is unattainable, according to CNN.

The failures of President Barack Obama and Democrats have hurt us perhaps more than any other generation, and the negative long-term effects could reverberate for years to come. The president and his party know our generation is struggling due to their policies, but they know that unless we turn out for Democrats in large numbers, they cannot hope to keep control of the Senate.

Earlier this month, the White House rolled out an economic explainer that used emojis, presumably because someone in the White House thought, "That's how the kids communicate these days!"

Let's be honest: This is the latest example from the White House in which they think we are too uninformed to understand how much we are struggling. They think we should be pleased that we don't have to worry about a full-time job. In their minds, the only reason we aren't is because they just haven't explained everything the right way. By ignoring the statistics that show we are struggling, and papering over our economic woes with cute cartoons, the Democrats believe that we will turn out in high numbers on Election Day.

But the plan unsurprisingly backfired.

Soon after rolling out the comically bad explainer, the White House removed all emojis from the report amid harsh criticism. Once again, they had demonstrated their tone deafness. If the White House spent more time focusing on creating a stable business climate and reducing the regulations that make it harder for us to get hired instead of thinking of ways to spin their failures, then maybe our generation — and all Americans — would be doing better.

The emoji fail is emblematic of a larger issue for Democrats. They have long used celebrities, glamour and gimmicks as ways to avoid tackling the issues that matter to our generation, namely the economy; according to the Harvard Institute of Politics, the issue that concerns Millennials the most is the economy. Stunts only work for so long before voters see through them.

The 2014 midterms are a watershed moment for Millennial voters. We gave Obama and Democrats the benefit of the doubt as long as we could, but they have been in control for six years now and we are worse off.

We are faced with a choice in November: We can vote for the status quo that has given us sky-high unemployment rates and where our friends have been forced to live at home and take jobs that aren't in their field of choice. Or, we can vote for a change in direction that will get government out of the way so the jobs we need can be created.

Our unemployment rate should not be in the double digits, we should believe that our American Dream is attainable and we should trust that we will be able to use our degrees in our career. Sadly, that is not the case.

We deserve better because the American Dream should not be out of reach for anyone. This November our generation needs to send a clear signal to our elected officials that we want results, not more empty promises that don't address our needs.