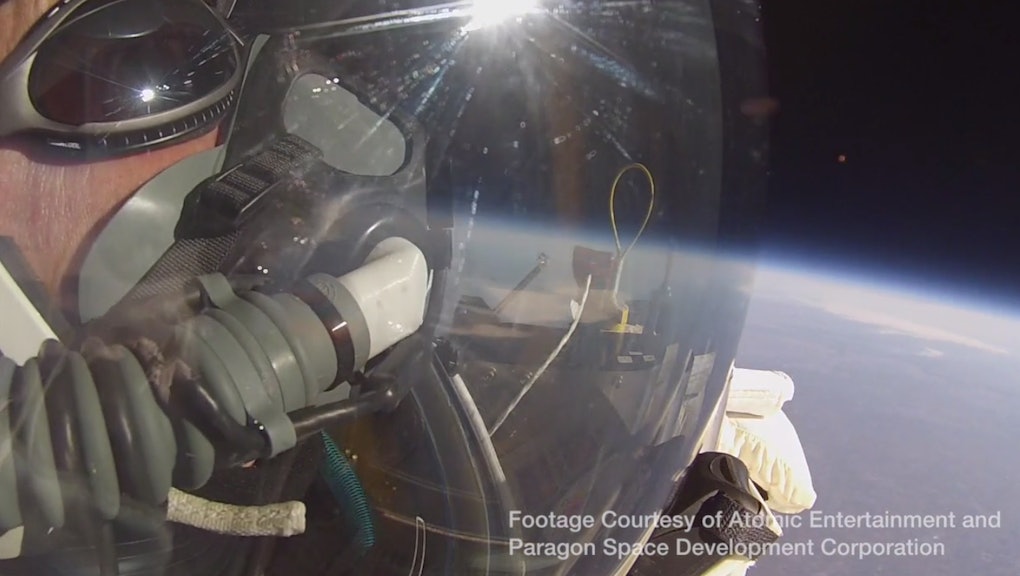 Alan Eustace, a senior vice president at Google, beat Baumgartner's record (and a few others) in his 25 mile descent to New Mexico. Eustace hit a top speed of 822 mph during his jump, which lasted about 15 minutes.

Amazingly, while diving at supersonic speeds, though you don't "feel" any sensation when it happens, everyone on the ground can hear the sonic boom you make.

How it happened: The entire event took three years to plan, meaning it was in the works before Baumgartner made his leap. Eustace had been working secretly with Paragon Space Development Corporation to create a suit that could withstand the fall.

The suit included a life support system and a special explosive device that allowed the parachute to deploy, even at a speed of Mach 1.23. (His landing wasn't exactly as graceful as Baumgartner's.)

"It was amazing," Eustace told the New York Times. "It was beautiful. You could see the darkness of space and you could see the layers of atmosphere, which I had never seen before."

What it means: The technology developed for the jump was immediately purchased by World View Enterprises, which wants to use the balloon that carried Eustace up and the suit that took him down for tourism and exploration.

The company is working on a "luxury space capsule" to send those who want to see the curvature of the Earth from as high up as Eustace went.

So prepare for a future of crazy balloon trips and jokes about joining the 25-mile-high club — at least if you can afford it. (These jaunts to the edge of space aren't likely to come cheap.) And given how fast Baumgartner's record went away, don't be surprised to see this new one broken before too long.