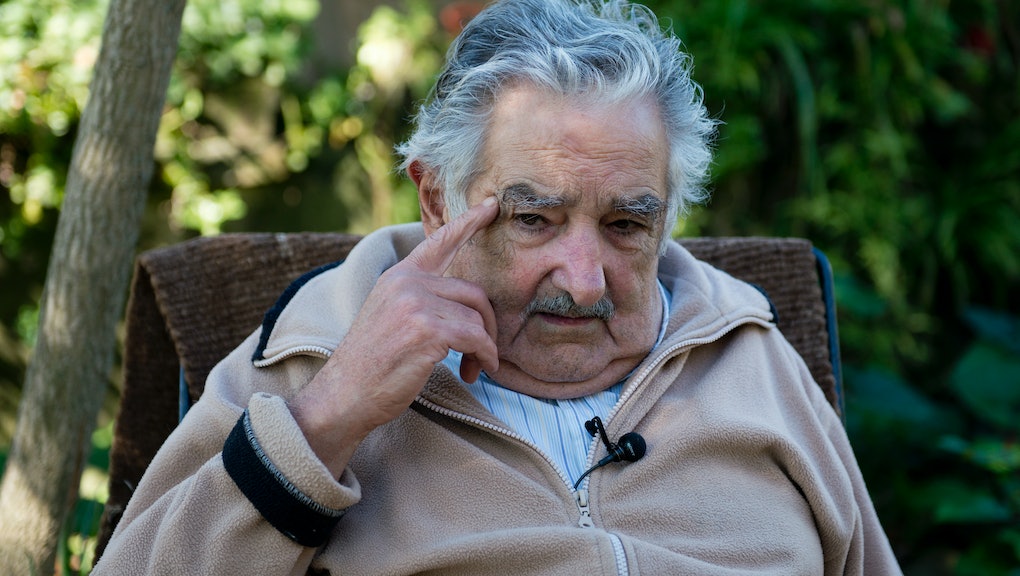 The World's Poorest President Has a Message for Rich People

The world's poorest president has a message for rich people: Stay out of politics.

Uruguayan President José Mujica told CNN en Español this week that having too much money puts you out of touch with people in your country, making you unfit to lead.

The background: Mujica, whom the BBC dubbed the "world's poorest president" in 2012, decided against living in Uruguay's presidential palace and has instead spent his presidency living in his wife's farmhouse off a dirt road outside the capital of Montevideo.

Mujica donates 90% of his salary to charity, which leaves him with an income of $775 a month — roughly equal to the average Uruguayan, the BBC reported.

Decades before his election in 2009, Mujica was a member of an armed leftist group. He spent 14 years in prison before being freed in 1985.

What it means: In the United States, the median member of Congress is a millionaire. Even when rich people truly care, Mujica told CNN, they can't help but see the world from their own perspective.

"Even when operating with good intentions, the perspective they have of the world, of life, of their decisions, is informed by wealth," he said. "If we live in a world where the majority is supposed to govern, we have to try to root our perspective in that of the majority, not the minority."

Don't expect to see our next president foregoing the White House to live elsewhere anytime soon, but it's a sentiment voters can at least keep in mind in November and beyond.