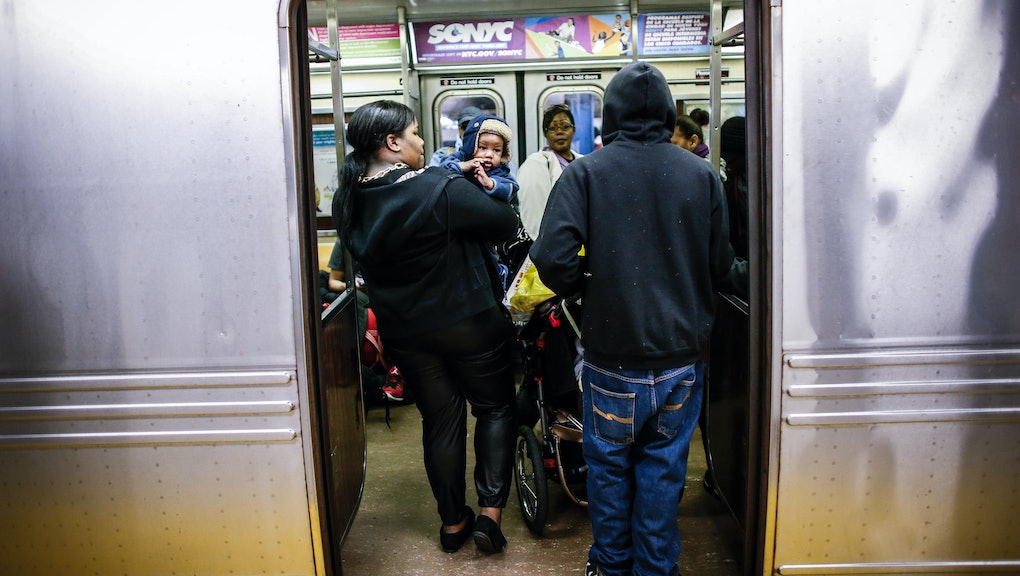 The news: Next time someone tries to talk to you during your commute, don't turn up the volume on your music and ignore them. Instead, try giving conversation a chance — at least that's what a recent study performed at the University of Chicago's Booth School of Business indicates you should do.

According to their findings, talking to other people during your daily commute actually makes you happier.

According to the study, this is most likely explained by the predilection toward solitude "stem[ming] partly from underestimating others' interest in connecting, which in turn keeps people from learning the actual consequences of social interaction."

So basically, we want to connect with other people, but we're afraid that nobody else wants to. This prevents us from reaching out and learning how enriching conversation and emotional connections can be. As the study notes, "human beings are social animals. Those who misunderstand the consequences of social interactions may not, in at least some contexts, be social enough for their own well-being."

The takeaway: Americans took 10.7 billion trips on public transportation last year, the highest number in over half a century. It's not hard to believe most of those trips were silent, isolated journeys with people packed into subway cars or buses, idly staring at the floor instead of talking to one another. In a society where depression and other mood disorders are constantly on the rise, talking to another person even for just a few minutes could be a ray of light in an otherwise drab day.

Take your headphones off. Put the book away. Talk to someone.

This article was originally published on Oct. 26, 2014