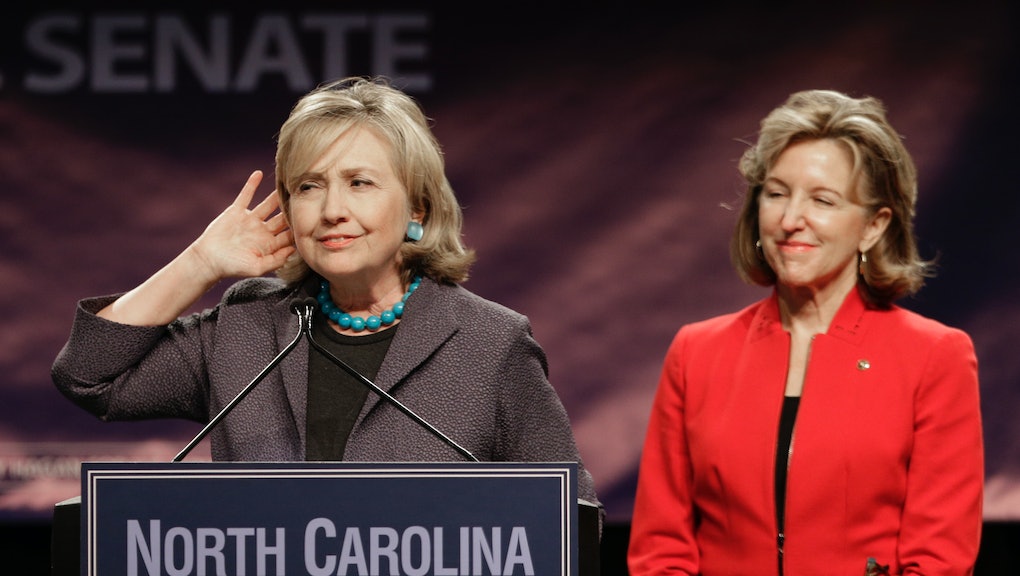 Former secretary of state Hillary Clinton turned 67 this weekend. How did her critics mark her birthday?

With about the level of stupidity you'd expect, using the hashtag: #ThingsYoungerThanHillaryClinton.

Conservative writer David Burge, the man behind the Iowahawk blog, lit the dumpster fire with this hilarious post:

He upped the ante, though somewhat dubiously, with the zinger below. (Burge obviously gave this a lot of thought, citing "The Republic of India," as opposed to independent India, which is actually a bit older than Clinton. But we digress.)

Burge was loud and proud in defending Mitt Romney four years ago, so you can put to bed any ideas that he has some important underlying concerns about someone over 65 in the White House. Romney, of course, is a few months older than Clinton.

With that kind of logic being no barrier, the haters picked up the baton and continued pinching out this nonsense throughout the day.

One from a user with a fairly limited musical palate:

One from your local spelling bee champion (it's spelled "Lewinsky," for the record):

And then the really clever, sarcastic guy:

But the day wasn't a total loss. The best hashtag-related tweet actually came from one of our least-treasured conservative columnists, the Weekly Standard editor Bill Kristol. He noted one pretty major issue with this particular line of attack:

Yes, Republican icon Ronald Reagan took office on Jan. 20, 1981, at the age of 69. Clinton, to the extent any of this matters, would be a few months younger for her swearing-in if she were to win the job in 2016. And that's the thing: It doesn't matter. Her age does not matter.

There are plenty of valid reasons to dislike a politician. Clinton is no exception. She has been a strong voice — a strong female voice — on scores of hot-button issues for more than 20 years, so there are plenty of valid criticisms to be leveled against her past actions and positions. But Hillary-hate is rarely rooted in any recognizable political logic. Rather, it is about two things: Clinton is a woman, and she says what she wants.

This hashtag is an example of the irrational Clinton hate. It's a simple expression of Republicans' fears of Candidate Clinton, who will be formidable, and some of their supporters' deep-seated anger about women with mostly liberal messages taking strong stands and speaking with powerful voices.