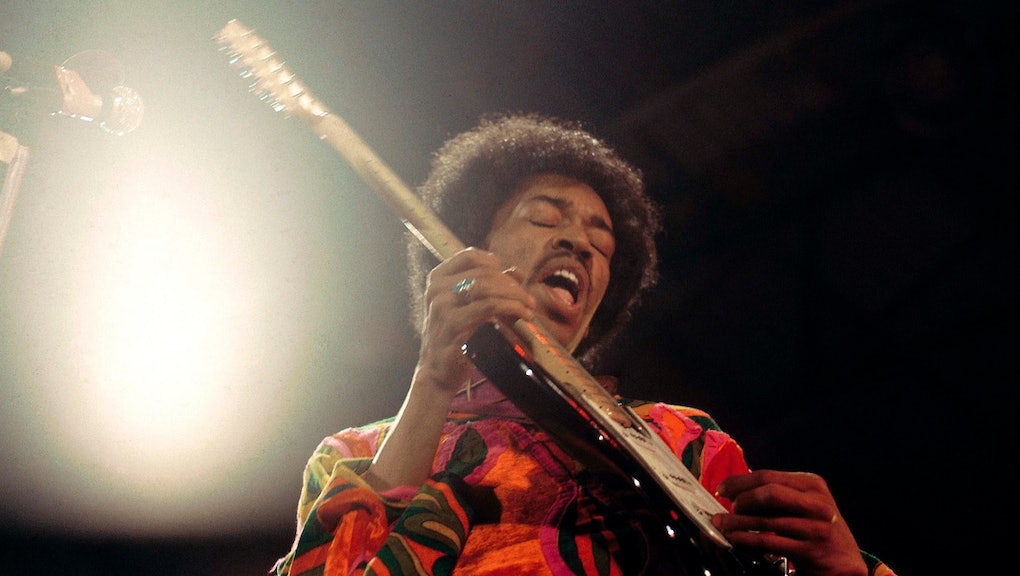 32 Iconic Photographs That Defined the Last 50 Years of Music

From Frank Sinatra to Frank Ocean, David Redfern's photography captures popular music's revolution: the period that carried us from mid-century jazz and swing to today's world of rap and indie rock.

Last week, at the age of 78, he died from pancreatic cancer.

But Redfern's legacy will live in his art. As one of the most iconic music photographers of all time, he captured practically everyone, including Jimi Hendrix, B.B. King, Bob Dylan, Duke Ellington, Eric Clapton and Aretha Franklin. Viewing his photos is watching a visual history of our culture's greatest music. And, they're easy to find in the Redferns Music Picture Library, which Getty Images acquired in 2008. It remains as one of the most comprehensive music photo libraries online and features images of more than 26,000 musicians from hundreds of photographers.

But Redfern's photos are always the best. They capture something more than sound or sight. Here are 32 iconic images from his collection that defined modern music:

Circa 1960: Tony Bennett sings a live performance in the U.K.

Circa 1960: T-Bone Walker plays at the Hammersmith Apollo in London.

January 1965: The Rolling Stones on set for the British TV show Thank Your Lucky Stars.

August 1967: A ponchoed Eric Clapton is seen offstage at the National Jazz and Blues Festival in England. Clapton was performing at the festival with his band, Cream. Redfern also photographed Jack Bruce, Cream's bassist, who died Saturday at the age of 71.

September 1967: The Beatles pose for a group shot, sitting on the grass at Plymouth Hoe and looking out to sea during their filming of Magical Mystery Tour.

Circa 1968: Nina Simone pauses during a taping for the BBC.

February 1969: Jimi Hendrix performs on stage at the Royal Albert Hall in London.

August 1969: Bob Dylan performs onstage at the Isle Of Wight Festival in England.

"My favorite artist was Marvin Gaye," Redfern once said. "But he wasn’t easy to photograph. He had all these wonderful arm movements."

May 1984: Cyndi Lauper performs at the Montreux Rock Festival in Montreux, Switzerland.

1995: Famed jazz pianist Dave Brubeck looks up during a rehearsal in London.

May 1996: Dave Matthews performs onstage at the New Orleans Jazz and Heritage Festival.

July 2011: Macy Gray gathers herself at the Scene Massena during the Nice Jazz Festival in Nice, France.

May 2013: Frank Ocean performs onstage at the New Orleans Jazz and Heritage Festival.

May 2013: Adam Levine of Maroon 5 onstage at the New Orleans Jazz and Heritage Festival.

July 2014: Joss Stone performs at a festival in Juan-les-Pins, France.