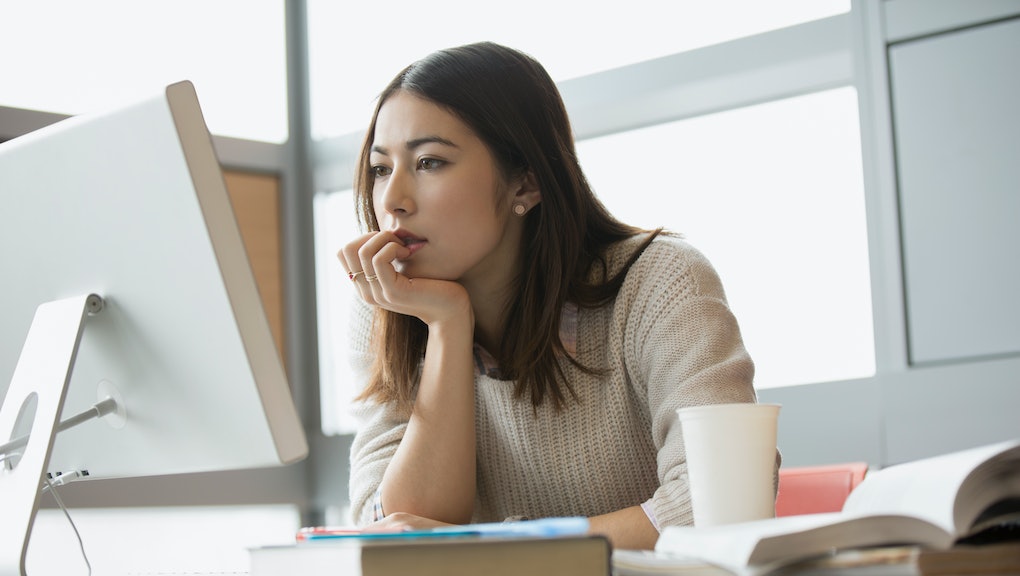 Here's another nail in the coffin for the myth that young people's minds have been warped beyond recognition by social media and selfies.

A report conducted by ShareThis, the company behind a popular content-sharing widget, indicates that Millennials are an inordinately politically conscious generation when it comes to what we share on the Web.

ShareThis released the research Tuesday morning in a report that draws data from over 450 million unique visitors across the 2.5 million websites and apps for which it powers sharing. It has some fascinating findings on the behavior of young people online, particularly when it comes to politics and the upcoming midterm elections.

Another interesting insight from ShareThis' dataset is the manner in which Millennials grapple with important political events. Within 24 hours of an announcement by President Obama about the Islamic State, 10% of shares on the subject came from users ages 18 to 25, which is twice as much as the typical activity coming from that age group. That swell of attention dissipates as you look at older groups.

On the other hand, after one to two weeks, young people are disproportionately less likely to be sharing about such an event than their elders. The takeaway here is that younger people are quicker to respond to current events and quicker to turn their attention elsewhere:

Share for change? ShareThis' report can't be used to come to sweeping conclusions, since we can't control for the selection bias that may underlie the network of websites and apps within its network. But the behavioral patterns that emerge from its massive dataset do jell with a good bit of what we know about young people.

Polling indicates that Millennials are passionate about changing society and value citizenship, and Mic has covered how young people's disillusionment with electoral politics these days is not the product of apathy, but cynicism born of frustration with unresponsive institutions. Let's just hope that young people's penchant for talking about politics online doesn't end up creating the illusion that a share is as influential as getting away from the screen and actually doing something.