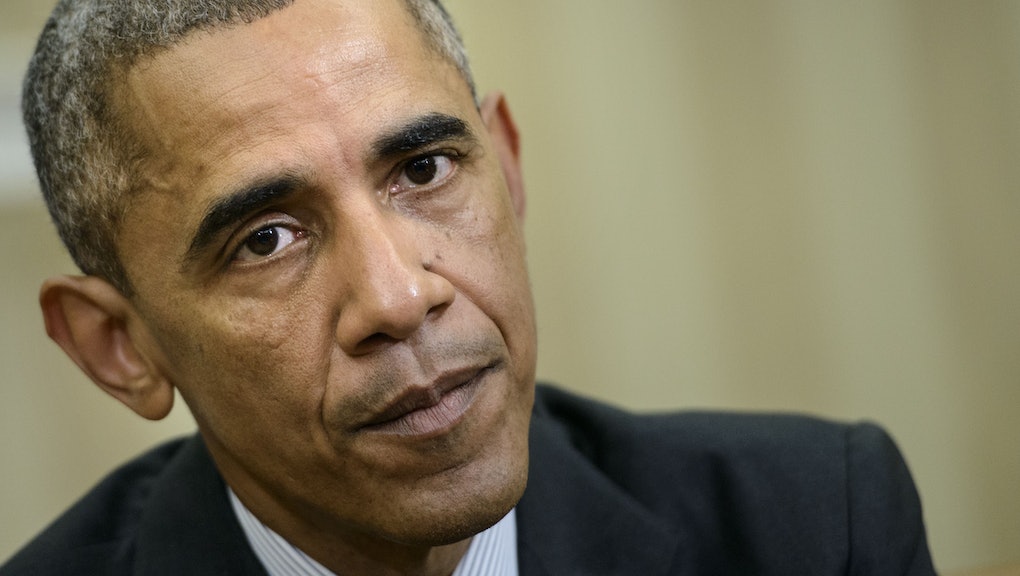 These Nobel Laureates Have a Harsh Message for One of Their Own: President Obama

The news: It's been five years since President Barack Obama won the Nobel Peace Prize, and the award remains as polarizing as ever. Just last month, the Internet was awash with a viral rumor that the Nobel committee regrets awarding Obama the prize and asked him to return it. While that particular rumor might not have been true, it looks like the Nobel community isn't necessarily happy with Obama.

On Tuesday, 12 Nobel Peace Prize laureates published an open letter asking Obama to take a more proactive stance against torture. The letter, organized by Archbishop Desmond Tutu of South Africa and former East Timor President José Ramos-Horta called for "full disclosure to the American people of the extent and use of torture and rendition," as well as the closure of Guantanamo Bay and international "black sites."

Notably, the letter also called on Obama to reaffirm and uphold the Geneva Conventions and the U.N. Convention Against Torture, the interpretation of which had been greatly limited under the Bush administration.

Read an excerpt from the letter below:

When a nation's leaders condone and even order torture, that nation has lost its way. One need only look to the regimes where torture became a systematic practice — from Imperial Japan and Nazi Germany to the French in Algeria, South Vietnam, the Khmer Rouge and others —

Why now? The letter's release coincides with ongoing political hand-wringing over the stalled release of a 6,300-page Senate report detailing the U.S. government's record on torture since 9/11. According to Sen. Dianne Feinstein (D-California), chairwoman of the Senate Intelligence Committee, who authored the report, its findings are "far different and far more harsh" from what has previously been made public.

While the White House has been in support of the report's release, the Senate is still locking horns with the CIA over the extent of redactions in the report, with the latter asking for more censorship. And given the troubled waters between Congress and the CIA right now — with the spy agency admitting that it snooped around Senate computers — that conflict is not likely to be resolved any time soon.

"We are encouraged by Senator Dianne Feinstein's recognition that 'the creation of long-term, clandestine 'black sites' and the use of so-called 'enhanced-interrogation techniques' were terrible mistakes,' as well as the Senate Committee's insistence that the report be truthful and not unnecessarily obscure the facts," the Nobel laureates wrote in the letter. "They are important reminders that the justification of the torture of another human being is not a unanimous opinion in Washington, or among Americans as a whole."

Seeing as how Obama did with the Nobel Peace Prize, it'll be interesting to see if and how the president responds to these calls.