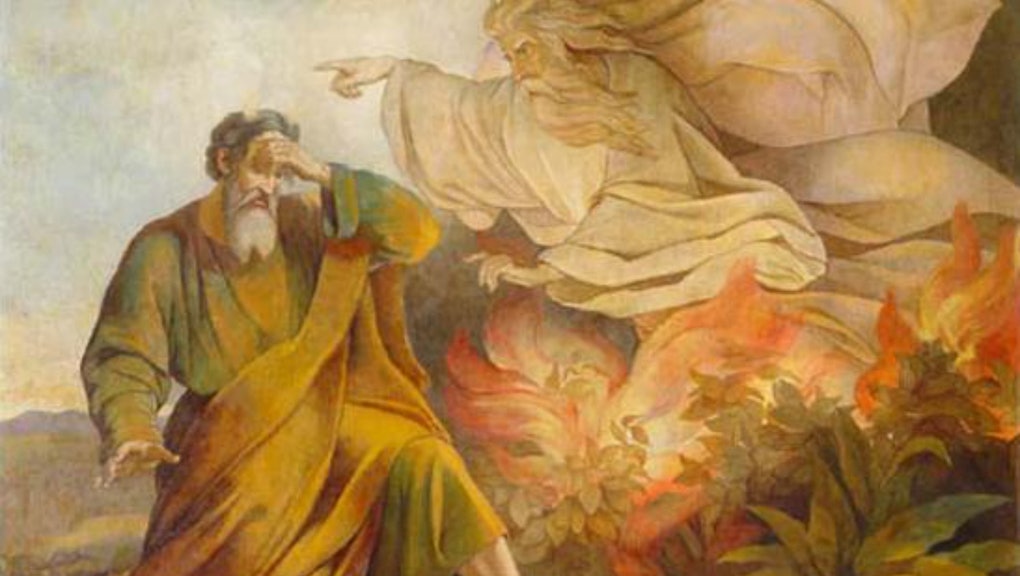 When 'The Gods' Spoke to our Ancestors, Here's What They Were Really Hearing

The news: From the Bible to Greek mythology, human history and religion are filled with references to divine voices delivering awe-inspiring messages to mankind. But according to a new study, these seemingly supernatural experiences have a more mundane, if still fascinating, origin: echoes.

At an Acoustical Society of America conference on Monday, Steven J. Waller, an expert in archaeoacoustics — the use of sound in archaeological study — suggested that ancient people may have been disoriented by sound waves reflecting off cave surfaces and attributed the strange, seemingly human noises to gods. When people claimed to hear sounds emanating from the depths of a cave — or a burning bush, for that matter — it's likely that they were experiencing an auditory hallucination.

"Ancient mythology explained echoes from the mouths of caves as replies from spirits, so our ancestors may have made cave paintings in response to these echoes and their belief that echo spirits inhabited rocky places such as caves or canyons," Waller said at the conference in Indianapolis, Indiana.

Waller noted that thunder and lightning were often attributed to 'hoofed thunder gods,' meaning that cave reverberations were also likely interpreted as thunder to inspire cave paintings and messages from "the gods."

"This theory is supported by acoustic measurements, which show statistically significant correspondence between the rock art sites and locations with the strongest sound reflection," he added.

What does this mean? Waller's findings suggest that ancient people may have been more finely tuned to auditory phenomena than we previous thought, although they didn't understand what was going on. And while these distorted sounds and noises may have seemed strange on their own, they were turned into the stuff of myths when coupled with the suggestibility of human imagination, living on through art and stories.

"Sound, which is invisible and has complex properties, can easily lead to auditory illusions of the supernatural," Waller added. "This, in turn, leads to the more general question: what other illusions are we living under due to other phenomena that we are currently misinterpreting?"