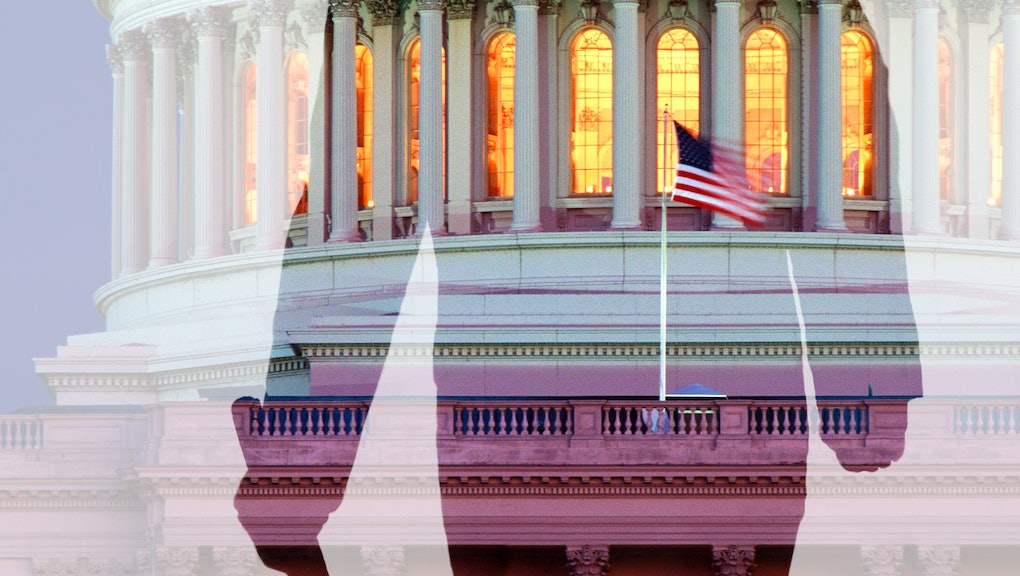 Why We Might Not Know Who Won the Senate Until January

We hear a lot about a "lack of leadership" in Washington, D.C., these days, but if control of the Senate comes down to a pair of tight contests in Georgia and Louisiana, the next Congress could begin with no leaders at all in the upper chamber.

Here's the issue: Republicans need to pick up six seats to take back the majority, which Democrats have held since 2007. But state election laws could deny us a cut-and-dry result on election night. Without that, it's possible we could be made to wait until 2015 to find out which party will control the Senate.

In both Louisiana and Georgia, the top vote-getter must get at least 50% to win outright. If the leading candidate falls short and prevails with, say, 49% of the vote, the state will hold a run-off election between the top two finishers.

Further complicating matters, Georgia wouldn't return to the polls until Jan. 6. Congress is scheduled to begin its work in Washington three days earlier, on Jan. 3. You can see how this might create some confusion.

If the Senate were to convene with no party holding a clear majority — if the chamber is formally split, Vice President Joe Biden would cast the tie-breaking vote — we could see some real chaos on Capitol Hill. At least one senator, Maine's Angus King, would arrive as a free agent. If fellow independent Greg Orman wins in Kansas, there could be another. If Larry Pressler scores an upset in South Dakota, Congress could see three independent senators, all of them wanting to caucus with a majority party that would not yet exist.

How likely is this scenario? Both states are leaning Republican, but not enough to put the GOP candidate into office without another round of voting, according to the latest polling. Barring a surprise surge, Louisiana will go back to the polls on Dec. 6 and Georgia one month later.

There is also the possibility that those races could become a national afterthought. If Democrats can't win a few toss-up races (Iowa, North Carolina and Colorado give them their best shot), Republicans could have the Senate majority clinched before Louisiana and Georgia are settled.

Not over yet: This midterm cycle has been one of the most competitive and expensive in American history. The campaign in North Carolina — for a single seat — has already cost more than $100 million. Control of the Senate does not guarantee anything, but it gives the majority party leverage in shaping the debate and, more importantly, deciding what kind of bills get to President Obama's desk.

If the Georgia and Louisiana races drag into December and January, respectively, the slow process for getting to work on this country's glut of unresolved issues will be delayed even longer. And the people charged with doing figuring out the best way forward would be stuck in neutral, either waiting in Washington or out of town and campaigning (again!) for their future colleagues.