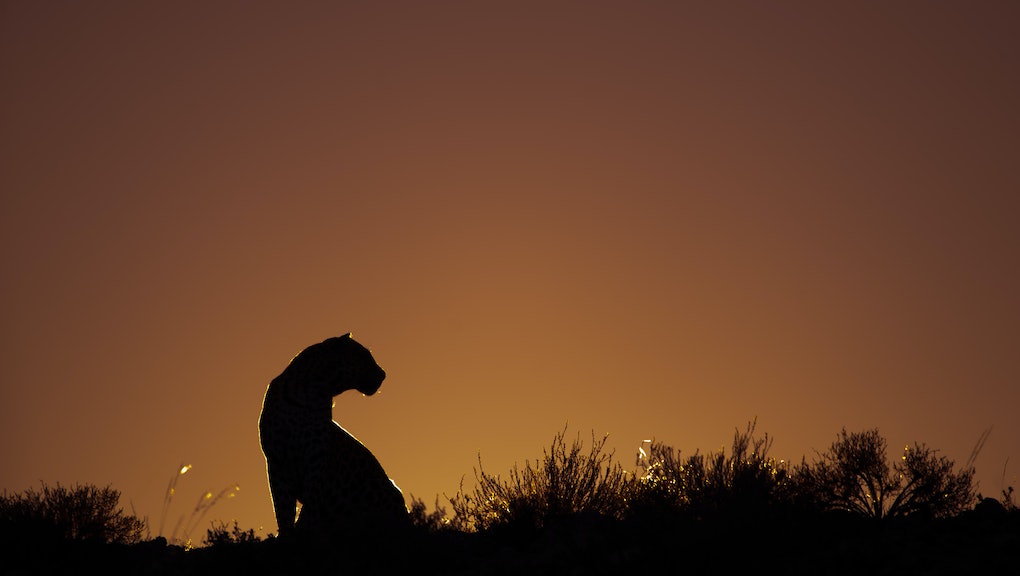 This Is the World's Latest Endangered Animal

The news: Listen up poachers, the African lion could become the latest animal to receive protection under the Endangered Species Act.

The African lion is the only big cat — a term encompassing tigers, jaguars, lions and leopards — currently not receiving these protections despite the fact that their numbers have fallen by 30% in the last 20 years. This sobering statistic prompted the U.S. Fish and Wildlife Service to start a petition to get lions listed as a "threatened" species.

What does this actually mean? According to the Endangered Species Act, "the term 'threatened species' means any species which is likely thought to become an endangered species within the foreseeable future throughout all or a significant portion of its range."

So lions aren't going to be extinct tomorrow, but they could be a few decades from now.

"Demographers believe the human population in sub-Saharan Africa will double by 2050," Daniel M. Ashe, director of the U.S. Fish and Wildlife Service, told the Washington Post. "Unless things improve, lions will face extinction. It's up to us and not just the people of Africa to ensure that lions will continue to roam."

The African lion's plight is just part of a greater trend. A study from earlier this year performed by the World Wildlife Fund and the Zoological Society of London discovered that over half of Earth's wildlife population disappeared over the last 40 years.

Let's say that again so it sinks in: The world's animal population decreased by 52% in 40 years. That's horrifying.

Some species saw an even larger decline: The population of freshwater species fell 76% over that time.

The World Wildlife Fund claimed exploitation and habitat degradation, along with global warming, were chief culprits. The organization put it simply in their 2014 report:

"1.5 earths would be required to meet the demands humanity currently makes on nature. For more than 40 years, humanity's demand has exceeded the planet's biocapacity — the amount of biologically productive land and sea area that is available to regenerate these resources."

This results in "catastrophic changes" to wildlife, such as 52% animals dying over four decades.

What can you do to help? It can be hard for people in the Western world to have an immediate and direct impact on lion populations in distant Africa, but the World Wildlife Fund has several suggestions.

It's important to consider voting with your dollar — that is, not giving your money to companies you know exploit the environment. It's also crucial to live sustainably to minimize your impact to the environment, thereby minimizing the changing environment's impact on wildlife.

Living sustainably sounds hard but it's easier than people think. Avoiding certain foods like beef and lamb in favor of beans and legumes from a farmer's market goes a long way, as does biking or using public transportation instead of a car or just unplugging electronics when not in use.

Take the train, eat a vegetable, save a lion.