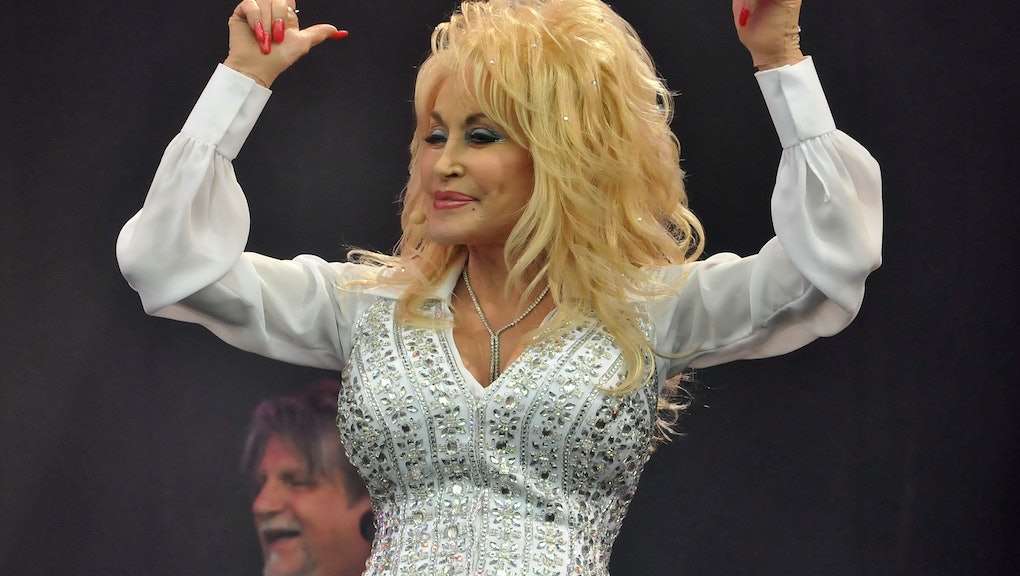 Dolly Parton's message for Christians who pass judgement on the LGBT community is fabulously straightforward: don't.

The country music queen opened up about her gay fanbase with Billboard, where she expressed her love for the community and her take on Christians who deem it OK to judge LGBT people. Parton, who has talked about wanting to record a gay dance record in past interviews, also shared her thoughts on how she gained such a huge queer following:

"They know that I completely love and accept them, as I do all people. I've struggled enough in my life to be appreciated and understood. I've had to go against all kinds of people through the years just to be myself. I think everybody should be allowed to be who they are, and to love who they love. I don't think we should be judgmental. Lord, I've got enough problems of my own to pass judgment on somebody else."

Preach it Dolly, preach it.

This isn't the first time the country belle has made spoken out about the LGBT community. Parton has shared her thoughts on Larry King's show, saying, "We don't have enough love to live in this world." And she always finds a way to put some humor into her advocacy, like when she joked that gay couples should suffer like heterosexuals when supporting gay marriage.

The takeaway: Pop artists like Madonna and Lady Gaga are longtime supporters of their gay fans in a spectrum of music that has been much more fluid. Parton is just one of a growing trend of country stars who have publicly endorsed marriage equality or some LGBT issue in a music genre that tends to be conservative. Carrie Underwood, the Dixie Chicks, Tim McGraw and Faith Hill are all members of this group that is helping to break barriers.

Hopefully the country music scene and the LGBT movement will continue to progress with the help of icons like Parton speaking out against those that oppose change.