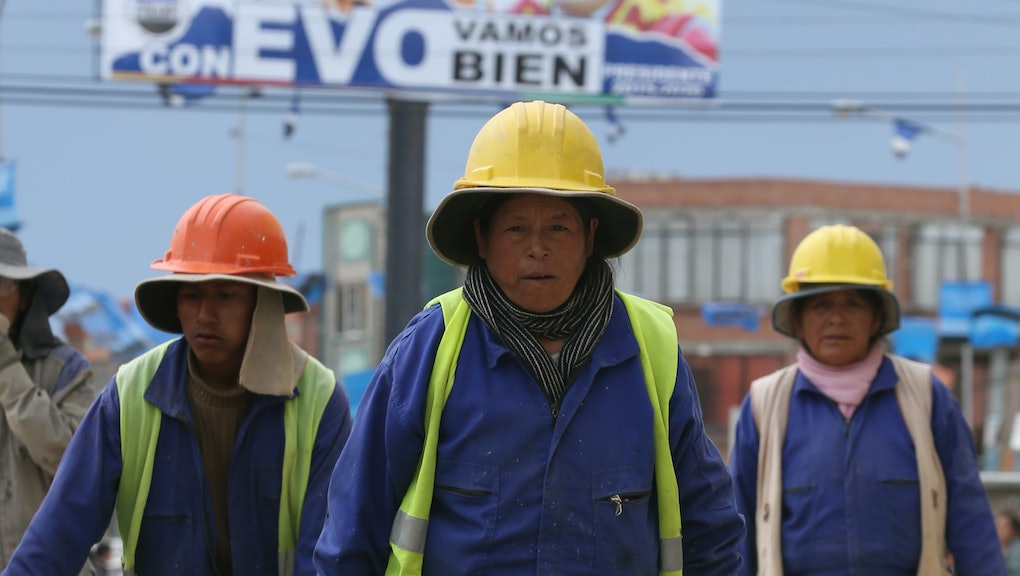 Why Racial Equality Is Good for the Economy, in One Chart

The news: Racism isn't just morally abhorrent — it's economically destructive. "The Equity Solution," a new paper from progressive think tank PolicyLink and co-authored with USC's Program for Environmental and Regional Equity, argues that if the pay gap among racial groups was eliminated, the country might be 14% richer annually.

Fourteen percent. That's astronomical. For comparison, the U.S. GDP has been growing by roughly 4% for the past five years.

Authors Sarah Treuhaft, Justin Scoggins and Jennifer Tran examined income data by race from 2012 to see what would happen if disparities in average income between non-Hispanic white Americans and other income groups were eliminated. Their findings? The racial income gap is costing the U.S. billions in economic productivity, and if the gap was eliminated, GDP would rise by an astonishing 14%.

Among the findings of the report:

- That 14% increase in GDP equates to an additional $2.1 trillion in GDP annually. In the nation's 24 largest metropolitan areas, the increase in earnings and GDP would be an incredible extra 24%.

- 66% of the racial income gap is attributable simply to wage differences (minorities being paid less on average than whites) rather than differences in employment.

- Every region of the country would benefit dramatically, although Sunbelt and Coastal cities ("such as Austin, Miami, New York, Seattle and Washington, D.C.") tend to be affected due to wage gaps, compared to employment gaps in rust belt cities like Flint, Michigan, and Scranton, Pennsylvania.

The authors cite additional research by two other authors that back their own findings:

What's more, these estimates may all be on the low end because it neglects the multiplier effect of rising "aggregate demand and economic growth."

Why you should care: As the Washington Post's Emily Badger notes, this is a simplistic way of approaching inequality. PolicyLink's analysis doesn't take into account the massive government costs of the potential programs that would significantly reduce racial inequality, nor is it able to determine what share of the gap is due to direct discrimination in employment practices versus the result of long-term factors like lack of access to education. It also doesn't examine how the labor market would change — would there be more good jobs available for minorities or more whites in low-wage, low-skill ones?

Fortunately, Badger argues, in practice more equal wages for minorities would probably benefit everyone by increasing productivity, increased spending and better labor utilization. If minorities were paid the same as whites, then the rising boat would lift all tides.

The flip side of that is that eliminating the racial pay gap requires a lot more work than just ending outright — improving education and job training, ending the justice system's racial bias, providing affordable access to decent health care, finally passing immigration reform, etc. If the U.S. wants that $2 trillion, it will have to work for it.