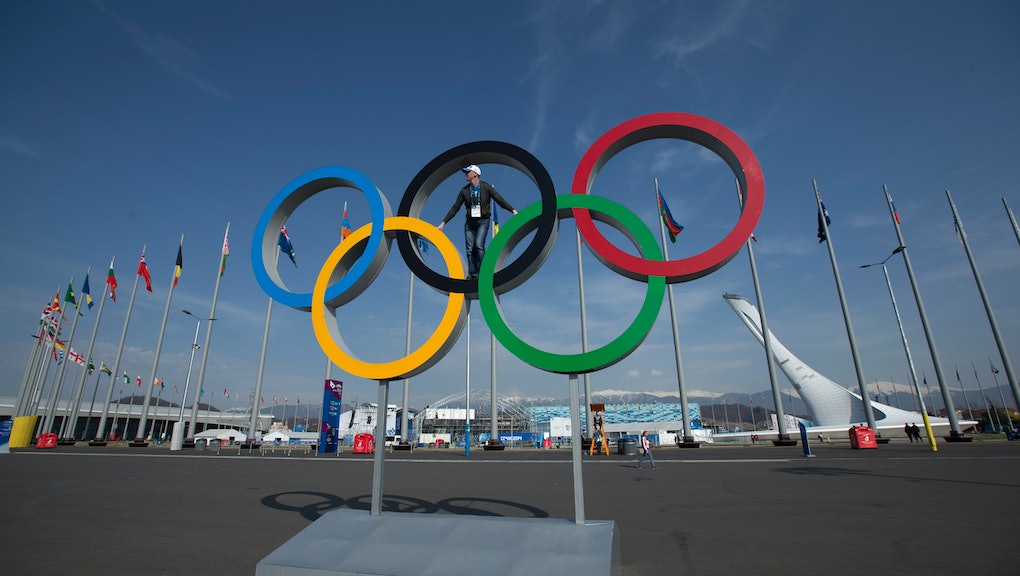 The Olympics Has Finally Taken a Stand for Human Rights

It's not often the International Olympics Committee gets praised for its part in the fight for human rights, but there's a first time for everything.

As Mother Jones points out, these contractual human rights stipulations will take place starting in 2022, since the 2016, 2018 and 2020 Olympic cities have already been selected. Considering the finalists to host those games are Almaty, Kazakhstan, and Beijing, two cities with repressive national governments, the point is significant.

These human rights measures will ensure that the host cities act in accordance with international protocols regarding development projects like stadiums. Along with that, the human rights contract will seek to "uphold the Olympic Charter's promise of 'human dignity' and 'non-discrimination,'" according to HRW.

Why it matters: As recently as 2012 and 2014, Olympic host cities Beijing and Sochi, Russia, were cited by HRW for rampant abuse of migrant workers who worked construction for the Olympics. Many of these migrant workers were unpaid and overworked, facing unimaginable working and living conditions.

The focus on discrimination is also vital in light of anti-LGBT legislation and sentiment in Russia that occurred before this year's Winter Olympics. Other rights violations that would be struck down would be "restrictions on media freedom" and the "jailing of activists."

"For years, repressive governments have brazenly broken the Olympic Charter and the promises they made to host the Olympics," said Minky Worden, director of global initiatives at Human Rights Watch. "This reform should give teeth to the lofty Olympic language that sport can be 'a force for good.'"

One question that still remains about the IOC policy is whether it will still turn a blind eye to the large-scale displacement that results from the construction of Olympic stadiums and venues. But this contract update is a step in the right direction.

The IOC has finally decided to publicly hold host cities accountable for maintaining toxic environments for workers, citizens and athletes. If only FIFA would do the same.