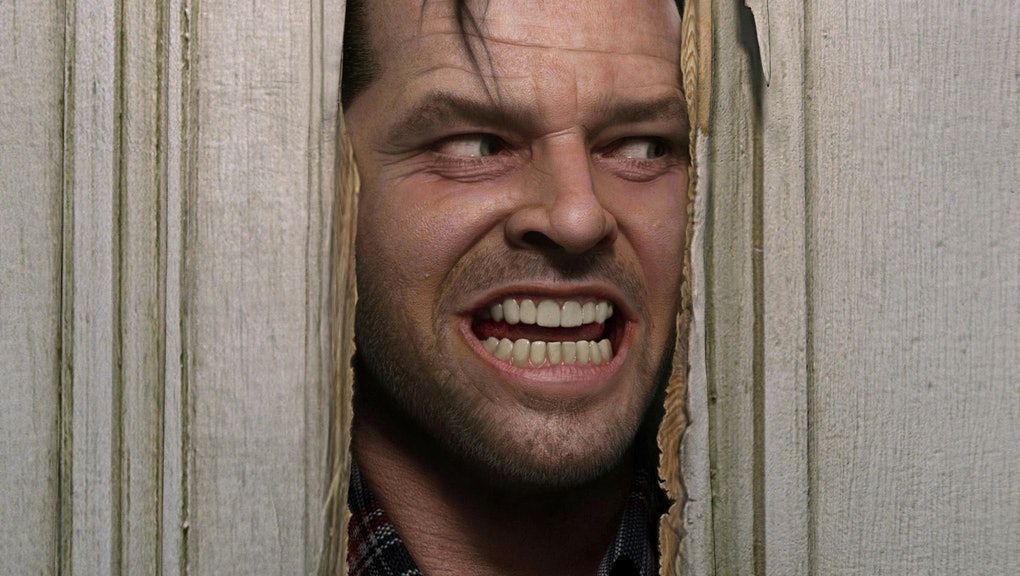 In a way, the very phrase "horror film" is a misnomer. It isn't the film that makes a movie scary; it's the sound.

It turns out horror films really weren't too scary before sound. In fact, sound triggers terror more acutely than any other sense. Since our eyesight becomes unreliable in the dark, we rely more on our ears to bring about a fight-or-flight response. In other words: We're evolutionarily disposed to jump at sound before light.

Certain sounds affect us more powerfully than others. Anything that mimics a predator, theoretically, will bug a person out. It could be a broken silence (that's a pouncing jungle cat), an escalating noise, (an approaching stampede) or something totally incongruent, like "Ring Around the Rosie" sung over a slow pan across an ominous room (a sign that things are not as they should be). A 2010 UCLA study even found that horror films' nonlinear sounds — sounds that distort when they become too loud for the larynx or instrument projecting them — mimic the cries of distressed animals.

That fight-or-flight response comes with a huge rush of dopamine, which is enjoyable as long as part of you knows you're only watching a film, riding a roller coaster or high on a drug and not in any real danger. Horror directors have, of course, known this for decades. But a look at a few iconic scenes reveals just how deftly they've employed it. Check out what exactly is going on in these clips, and if you need more proof of the score's importance, watch them with the sound muted.

A swarm of violins does with numbers what it can't with volume. Rather than distorting the clip with a loud nonlinear tone — the animal-cry kind — composers Wendy Carlos and Rachel Elkind used a sea of discordant notes to generate a sickening unease.

Twilight Zone — 'A Face in the Window'

The staccato buildup to the big reveal of the demon is so painful it's nearly mischievous. If you turn the sound off, though, it's just a guy raising a shade.

The perfect marriage of light and sound — a strobe, some tittering strings and the orchestra hit to end all orchestra hits as (spoiler alert) that hand pops out at poor little Carol Anne.

Anybody who says the Jaws theme isn't essential to its terror has probably actually encountered a shark attack (fast-forward to 1:30 for the good stuff). The music in the underwater scene is a classic example of creating broad unease and menace with a steady supply of low notes.

This scene is a near-unwatchable bummer until Carrie reigns supreme on her gym, doing a 180 from sad to mad steered first by pig blood and second by music. Watch out for the eye-of-the-storm pause after the initial build, during which that freaking bucket, possibly the most important instrument, gets a clank-solo.

A half-example, since Halloween's theme doesn't complement a scene so much as forebode holistic disaster. That said, it's the most iconic song in slasher-flick history, played in 5/4 by director John Carpenter on an electric keyboard. It's eerie and doomed all at once.

This is the mecca of sound in horror films. A placid orchestra turns to dead silence right before veering into screeching violins, a death-bellow and then — the shower-drizzle. This is one of the most iconic scenes in horror film history, and it will do absolutely nothing to scare you if you watch it on mute.