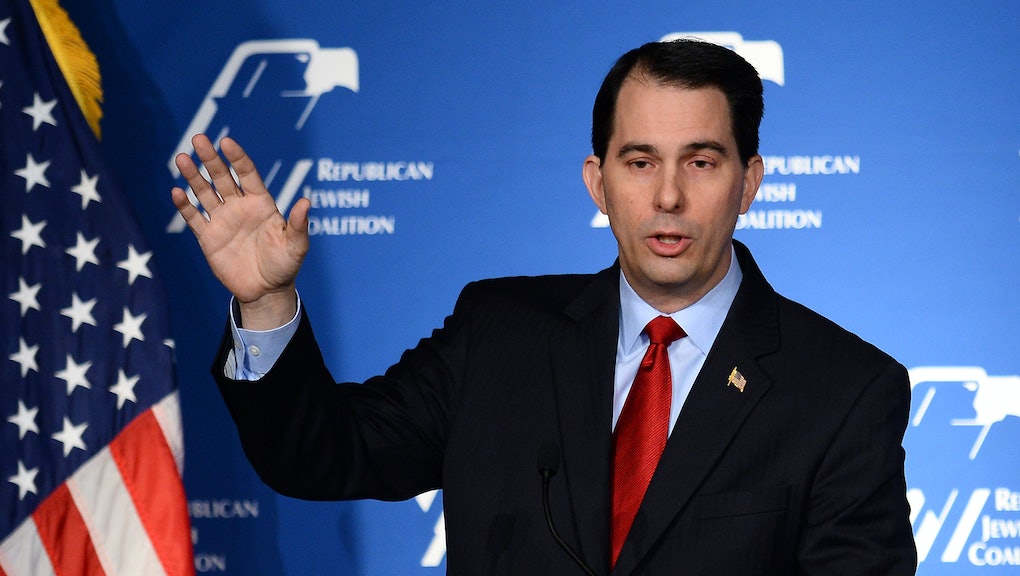 Wisconsin's Republican Gov. Scott Walker has submitted a late entry into the Most Dishonest and Incoherent Ad of the 2014 Campaign Season contest.

Released Monday morning, "More Opportunities to Succeed" is a 30-second clip featuring his lieutenant governor, Rebecca Kleefisch, stating she finds it "insulting that Mary Burke would say we're trying to make it hard for women to earn equal pay."

"Under Scott Walker, workplace discrimination will always be illegal for any reason," she says.

Democrats — led by Burke, their gubernatorial nominee — have been sharply critical of Walker for signing off on the 2012 bill that repealed the state's 2009 equal pay law.

Walker's supporters argue that the law was ineffective in guaranteeing workplace equality while paving the way for frivolous and expensive lawsuits.

But as the Huffington Post reports, "In the two years the law was in place, not one pay discrimination lawsuit was filed, and Wisconsin rose from 36th to 24th in the rankings of states with the best ratio of female to male pay."

Walker led this race by 5 to 10 points for most of the past year, but has seen that gap shrink over the past month. The latest polling has the candidates deadlocked, with Walker trailing badly with female voters.

If this is his best attempt to win them back, Walker — and his 2016 presidential dreams — could be in bigger trouble than anyone thought.