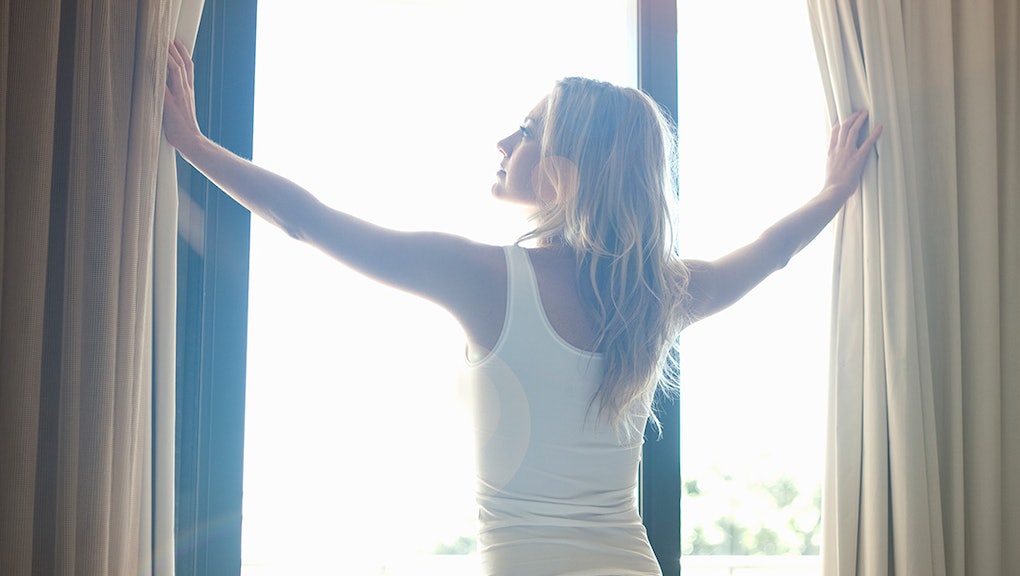 Daylight Saving Time Isn't Just Annoying — It Could Be Bad for Our Health, Says Science

The news: Daylight saving time officially ends at 2 a.m. Sunday, which means it's once again time to discuss its pros and cons. Arguments about DST include matters of economics and public health, as well as inconvenience, but the question boils down to this: Does it serve its purpose?

Benjamin Franklin first proposed the idea of DST back in 1784, half-jokingly suggesting that people could make better use of the early morning light. Since then, the practice was instituted during times of conflict — World War I and II — to ostensibly conserve resources. After World War II, it stuck around as a means of saving energy and maximizing healthy exposure to natural light.

But does it really work? Yes and no. Theoretically, DST gives more hours of sunlight to Americans, allowing them to cut down on energy use. A 2008 study by the U.S. Department of Energy found that if we extended DST by four weeks, we would save around 0.5% of the country's electricity per day, or 1.3 trillion watt-hours in total. That's enough to power 100,000 American homes per year.

But in practice, DST is not quite as effective. Other studies have found that it has little to no effect on energy savings, and in the case of Indiana, it actually led to a 1% increase in residential electricity use, with people likely using more air conditioning in the hot evenings and more heating in the cool mornings. Switching back and forth between standard time and DST only exacerbates this.

This same conundrum can be seen in the impact of DST on public health. Studies show that DST can help reduce the number of traffic incidents, and that children are more likely to be active outside during lighter evenings. But changing your body's natural rhythm by moving the clock can have serious consequences. Earlier this year, a study presented at the American College of Cardiology discovered "a 25% jump in the number of heart attacks occurring the Monday after we 'spring forward' compared to other Mondays during the year."

"What's interesting is that the total number of heart attacks didn't change the week after daylight saving time," lead investigator Dr. Amneet Sandhu said in a news release. "But these events were much more frequent the Monday after the spring time change and then tapered off over the other days of the week. It may mean that people who are already vulnerable to heart disease may be at greater risk right after sudden time changes."

Just sticking with DST year-round can solve these issues. While the idea of maximizing sunlight is good, many of the problems seem to arise from the fact that Americans have to change their clocks forward and backward every year. It might be better to just keep DST year-round instead of repeatedly throwing off our bodies' natural cycles.

And many Americans agree. Arizona and Hawaii already don't observe DST, and there are several bills at other states' legislatures to follow suit. In a Rasmussen poll last year, nearly half of Americans said that changing their clocks every year isn't worth it; perhaps sticking with DST year-round will help people see its advantages. Sorry, Ben, but maybe this wasn't your best idea ever.