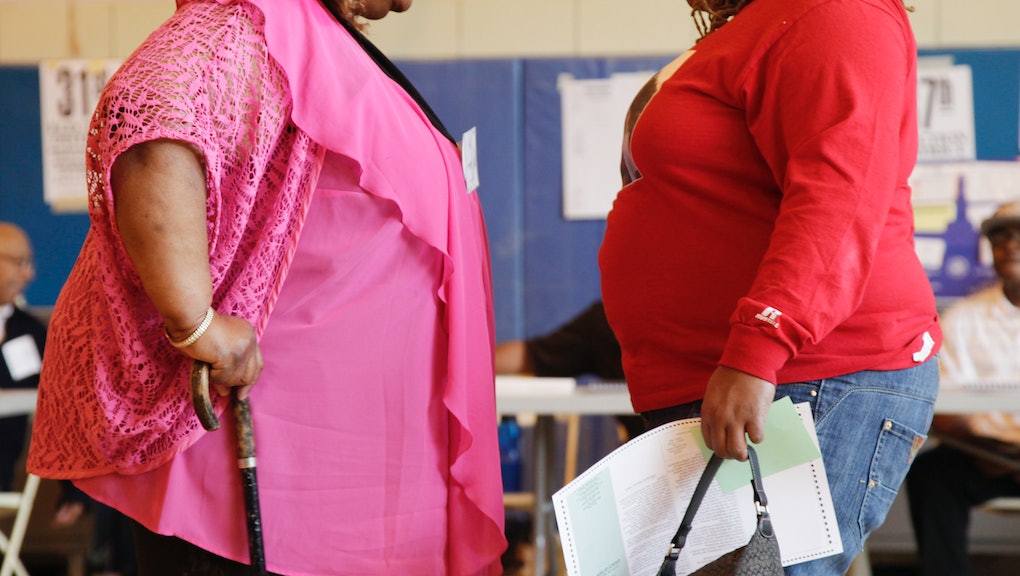 The news: Add another injustice to the list of prejudices and biases women face in American society.

A recent Vanderbilt University study found that overweight women have a higher likelihood of working in lower paying jobs and in jobs that are more physically demanding. Meanwhile, they are less likely to receive higher paying jobs where they interface with the public. In both cases, they make less money than their averaged-size female counterparts and all men, regardless of size.

The study examined data from the American Time and Use Survey and Current Population Current Population Survey, which, as the Washington Post notes, allowed the researchers to compare between weight and different kinds of professions.

"No matter the type of occupation, obese men seem to do just as well as average-size men," Jennifer Shinall, Vanderbilt assistant professor and author of the study, told the university. "They make just as much as non-obese men and make just as much money in both personal interaction occupations and physical occupations.

This development piles onto the string of bad news women have suffered through this year. Reproductive rights have been curtailed thanks to the Hobby Lobby decision. Victim blaming/shaming doesn't show any signs of abating as a high school recently forced a girl to wear a "shame suit" for showing her knees.

But worst of all, these finding make the gender wage gap even worse. For every dollar a man makes, a women earns 77 cents, which will cost the average American woman $400,000 over her professional life. This wage-gap gives men 33% more spending power than women, which has a huge impact on society.