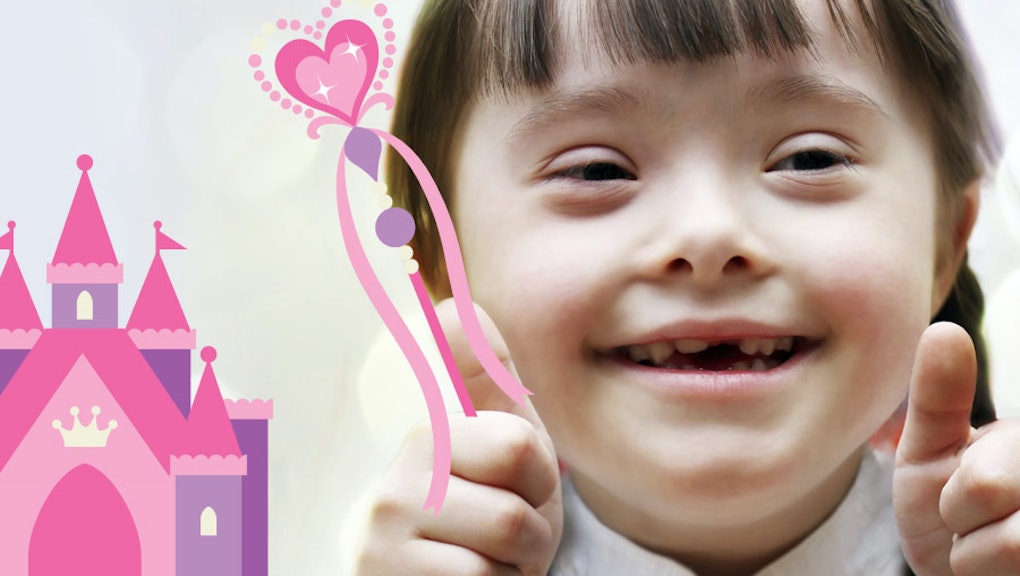 Like many young children, 1-year-old Delaney Ott-Dahl is mesmerized by Disney princesses, but none of them look like her. The cheerful toddler has Down syndrome, which is why her moms, Keston and Andrea, are petitioning Disney to create a princess that Delaney can truly look up to. As Keston Ott-Dahl writes, "Children with Down syndrome are princes and princesses too!"

It's a message that so far seems to be resonating. The petition has nearly reached its goal of 55,000 signatures, with people from all corners of the globe signing on to support the Ott-Dahls.

For years, Disney has been criticized for a lack of racial diversity among its animated characters. This petition highlights another demographic similarly in need of representation. Indeed, arguably, only two characters in Disney's catalogue — the Hunchback of Notre Dame and Nemo — come close to showcasing special needs diversity. (And the Hunchback doesn't really count, as his physical disability is treated more like a scary deformity than a medical condition.)

But the Ott-Dahls' overture isn't really about finger-pointing. A self-proclaimed Disney fan, Keston Ott-Dahl told the Orlando Sentinel that Disney has the power to affect widespread cultural change:

Whether Disney will reply remains to be seen. (And in an intensely dispiriting — if unsurprising —development, the Ott-Dahls' petition has already received its fair share of hateful trolling online.) But Keston Ott-Dahl remains hopeful. "I believe in Disney," she told Mic. "It would mean the world to the millions of kids of all abilities if Disney acknowledged us."