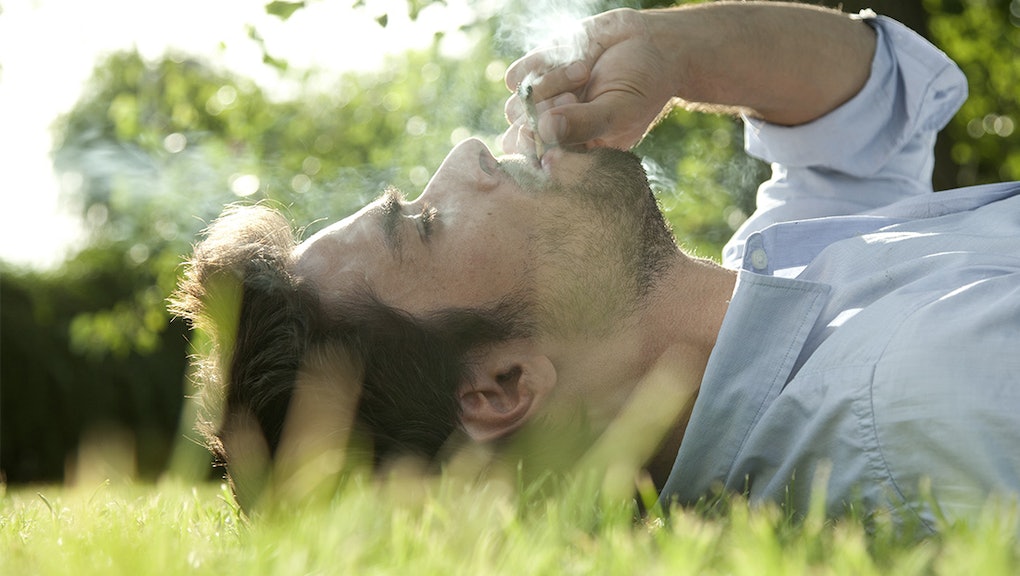 3 Charts Prove That Marijuana Legalization Is the Future of America

The news: If there was any doubt that marijuana legalization is the future of America, the U.S. Senate has its first marijuana legalization advocate. In an interview with Talking Points Memo published last week, Oregon's Democratic Sen. Jeff Merkley announced that he would likely vote in favor of the state's upcoming Measure 91 to legalize the possession and sale of recreational marijuana in his state.

"I lean in support of it," he told the site. "I think folks on both sides of the argument make a good case. And there is concern about a series of new products — and we don't have a real track record from Colorado and Washington. But I feel on balance that we spend a lot of money on our criminal justice system in the wrong places, and I lean in favor of this ballot measure."

In other words, legal marijuana is finally being taken seriously. Why? Probably because it's rapidly becoming a safe issue for politicians.

The background: A Pew Research Center report released earlier this month demonstrates widespread and growing support for marijuana legalization. In just a few short years, support for legalizing marijuana has skyrocketed, shooting from just over 30% at the start of the millennium to 52% today. A slim majority of Americans now recognizes that marijuana prohibition is a failing policy.

While not all groups support legalized marijuana, a large majority (63%) of Millennials do. What's more, baby boomers and Generation Xers are quickly getting on board, with over half of both generations supporting the legalization of recreational marijuana. Just the silent generation (ages 69-86) is opposed, with a mere 27% in support. This push is largely coming from Democrats; only 31% of Republicans support it. What's clear is that support for marijuana legalization seems likely to only increase as more young people gain the right to vote.

Finally, there's significant tolerance for both marijuana businesses and smoking in the privacy of one's own home. If marijuana was legalized, an astonishing 57% of people wouldn't be bothered if a marijuana dispensary opened in their neighborhood, while 83% wouldn't give a damn if the smokers kept it out of sight and out of mind in their own residences.

Why you should care: Ultimately, this wave of support is moving so quickly it has more or less superseded a wary (and frankly nervous) Congress still almost unanimously afraid of being labeled soft on crime. In Oregon, Alaska and Washington, D.C., legal marijuana is on the November ballot, while Florida voters will decide whether to allow medical marijuana. Meanwhile, pro-legalization fundraising is soaring far beyond the efforts of war on drugs defenders.

Old-school "think of the children" arguments aren't working, and proponents of marijuana prohibition are rapidly losing credibility with voters. There's still time for the efforts to falter; Reason's Jacob Sullum writes that D.C. is an almost certain win, with the three other states a toss-up.

But the writing is on the wall, even if there are temporary setbacks. With luck, soon other politicians will follow Merkley's lead.