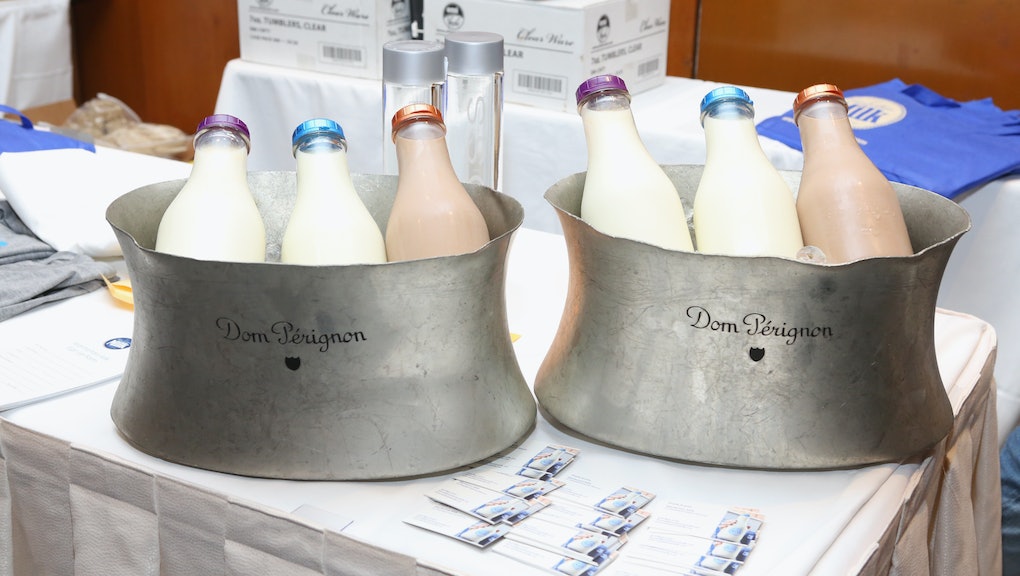 Milk Does Not Do a Body Good, Says New Study

The news: Remember those commercials touting milk's abilities to "do a body good?" They lied to you. Milk does not, in fact, do a body good. It does a body awful.

A massive new study by researchers at the Uppsala University in Sweden found milk made bones more prone to fracturing, not less, and it even resulted in an increased mortality rate.

"A higher consumption of milk in women and men is not accompanied by a lower risk of fracture and instead may be associated with a higher rate of death," the researchers wrote. "Our results may question the validity of recommendations to consume high amounts of milk to prevent fragility fractures."

The study's scientific language doesn't truly convey how perilous excessive milk drinking can be, though.

"Women who drank three or more glasses a day had twice the chance of dying at the end of the study than those who drank less than one glass a day," professor Karl Michealsson, the university's lead researcher told BBC News. "And those who had a high milk intake also had a 50% higher risk of hip fracture."

The takeaway: Milk's nutritional benefits have been overstated, but that doesn't mean it's necessarily lethal. The federal government suggests drinking two cups of milk a day as it's a good source of potassium and choline. And you don't have to cut dairy out of your diet because, as the researchers found, people who ate cheese and yogurt displayed lower cholesterol levels and a lower risk of heart attack.

But based on these most recent study findings, the answer is clear: Milk is bad. Stay away.

Americans may already be onto this. Goat's milk is increasingly popular among health-conscious 20-somethings (even though its benefits might be exaggerated).